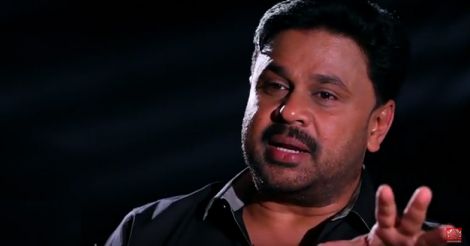 Malayalam actor Dileep is known as the actor of masses. But for the past few years, the actor has been dragged into numerous controversies with his image of being 'people's man' getting tainted in the process.

Dileep, who was missing from the promotional events of Georgettan's Pooram, talks to Manorama Online about the many controversies that nearly wrecked his star life.

'Manju was my friend'

On parting ways with his former wife Manju Warrier, Dileep says, "It's a closed chapter. I got married in 1998 ... it was a sudden decision ... Till 5 years ago, everything was perfect and I had a happy family life.

“I had submitted a brief account of what really ended the happy life and the reasons behind it to the family court on June 5, 2013. That was not a divorce petition ... it was the story of my life. There are culprits in it, witnesses in it and even evidence. There are even 'renowned' people involved in it and I hope the real side of them never comes out in public.

“I trusted many people but I was betrayed. I always maintained silence, thinking about them and for my daughter ... her future. My first wife is leading her life and I mine. We both are going on in our own ways,'' an emotional Dileep said.

Dileep ended his 16 years of marriage with Manju in July 2014 and the couple were officially separated in January 2015. The couple's teenage daughter is with Dileep.

When asked if Kavya was the reason for his split with Manju, Dileep says, ''Never. I can swear in the name of God that Kavya had nothing to do with my marital troubles,” Dileep said in the exclusive chat.

“Liking somebody does not mean that you are having an affair with that person. I have known Kavya for a long time. The public has been made to believe that Kavya is the reason for all this. Me and my former wife were not mere partners. We were strong friends. And it's only saddening to hear when people say that such a relation came to an end because of a single person. If Kavya was actually the reason, how would I dare to go ahead with a decision to marry her.

“And it's not like I kept a first wife and got married to another. I was divorced and after 2-3 years only I made a decision to marry again,'' the ace actor explained.

ALSO READ: Dileep recounts dark days of his life, says he even thought of killing himself 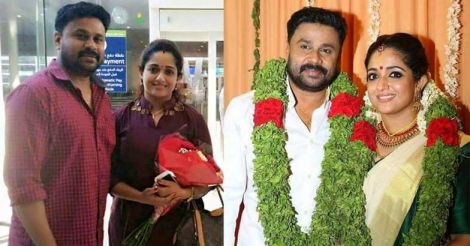 Dileep and Kavya had constantly rejected rumors about their alleged relationship. And in a surprise move, Dileep married Kavya in a small ceremony at a private hotel in Kochi on 25 November 2016.

Dileep reiterated that it was his friends and family who insisted him to get married. ''Initially, I told them that the second marriage won't work out ... especially, if it's a stranger how will she adjust with my daughter. Later when I made up my mind, I talked with my daughter, my mother and other family members.

“All were happy but Kavya's mother didn't agree to the proposal initially. She told that if I marry Kavya, all the gossips will come true. Later I briefed her about all the circumstances and situations, and everyone agreed. Although our families wanted a register marriage, it was my choice to invite people and make all arrangements for a traditional wedding,'' he said.

Though more deaths were reported, the state is yet to ascertain them as COVID deaths. Tests are underway...