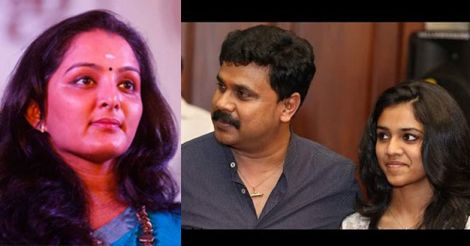 While Dileep has been remanded in custody in connection with actress attack case, ex-wife and actress Manju Warrier is all set to move the court seeking the custody of her daughter Meenakshi Dileep.

Sources close to the actress said as Dileep was in jail and the chances of getting bail were low, Manju will demand her daughter’s custody, keeping in mind the kid’s future.

Earlier, after Dileep-Manju divorce, Meenakshi chose to be with her father. Manju respected her decision then and said she was in safe hands.