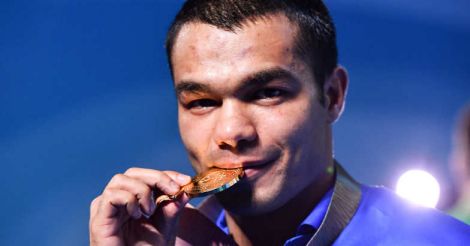 Vikas Krishan picked up his first medal at the Commonwealth Games. AFP

Vikas won by a unanimous 5-0 verdict against Ntsengue in a contest which saw both the boxers claiming to have won the bout before the referee's verdict. It was Vikas' first medal at the Games.

While both Vikas and Ntsengue looked to be equally strong, especially when attacking, Vikas edged ahead in his smart way of defending as he showed his tactical know-how.

In the third round, however, Vikas tempted Ntsengue to go for the attack by maintaining a physical distance. When Ntsengue went near him to punch, Vikas' jabs landed accurately to give him a strong position.

Vikas got 10-9 scorelines from each of the five judges in the final round.