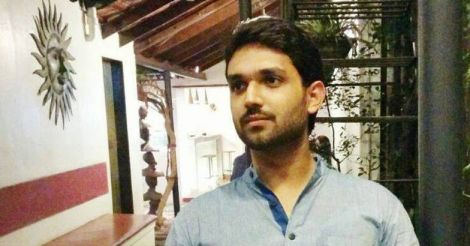 Kannur: District collector Mir Muhammed Ali turned popular across the state with his genuine efforts to promote Kannur as a plastic-free zone. Recently he was honoured with the Skoch Order of Merit award, instituted by the Skoch Group, a Gurugram-based think tank dealing with socio-economic issues with a focus on inclusive growth.

However, Ali's recent initiative to remove the flex boards placed by football fans has irked them and especially, the fans of Germany who were not really happy with his troll-like request to them to remove the flex borads they had placed, since the team is out of the run for the world cup.

Soccer lovers took to his official Facebook page to vent out their anger. The collector had shared a news on Wednesday night announcing the defeat of Germany and requesting the Germany fans to remove the flex boards voluntarily.

“Germany out of world cup 2018, after losing to South Korea as Sweden and Mexico progress. The defending champions crashed out of the tournament after goals from Kim Young-Gwon and Son Heung-min in Kazan. So, I suppose all Germany fans in #Kannur will be removing all Germany-related flex boards voluntarily tomo.” he posted.