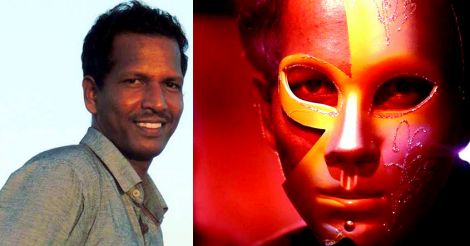 The Kerala High Court last week directed the Ministry of Information and Broadcasting and the Directorate of Film Festivals to screen the certified version of Sexy Durga in the 48th International Film Festival of India (IFFI) in Goa. The court passed the directive while allowing a writ petition filed by Sanal Kumar Sasidharan, maker of the film. The movie, about the harrowing experience of a hitchhiking couple, was pulled out from the Indian Panorama section of the Film Festival along with Ravi Jadav’s Marathi film Nude and Pakistani film Savan.

The court ruling is a huge relief. The victory belongs to Sanal who battled the system alone. It is unimaginably fascistic to ban an art like cinema in the name of a title. The movie is a reflection of the society. The name ‘Durga’ is a symbol. In real life, goddess Durga is venerated as an all-powerful deity, in the movie a girl named Durga has to go through the worst of life’s experiences in the hands of random men. Her name does not help her, she is powerless and at the mercy of men. The movie brings out this contradiction. The film at no point tries to debase the deity or the faith or religion of a people.

Controversy behind the name

If not for the commotion over the name, audience would have accepted it like any other movie. The controversy dragged the movie through unnecessary muck. At no point does it get communal. A girl is on a journey with her boyfriend. The couple meet 4 other men on the road. The movie progresses through their interactions and experiences. The movie got rave reviews at every platform it was screened. Audience were ready to pay comparatively high ticket price to watch the movie. I don’t think anyone behind the controversy has watched the movie. They are just stuck on the title.

Only few people, like Murali Gopi and Adoor Gopalakrishnan, have raised voice for the movie. Not one from mainstream cinema has said a word in support of the movie. They are like the goldfishes in aquarium, cozy in the company of others in a protective environment. They are reluctant to ruffle any feathers. They cannot be expected to speak for a movie like Sexy Durga. But they are forgetting that mainstream cinema is not free from the forces of fascism. The recent fate of Padmavati, Mersal, Bahubali are example for this. The future of cinema, and art itself, is at stake here and everyone needs to come together to fight back the foray of fascism.