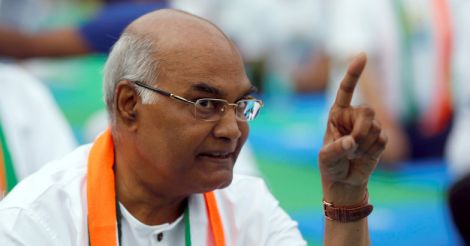 This was revealed during counting of votes for the presidential election when it was found that of 181 votes polled, Kovind secured 132 votes and Meira Kumar 49 votes.

Congress has 57 MLAs in the 182-seat Gujarat Assembly, the ruling BJP 122, Nationalist Congress Party two and Janata Dal-United has one legislator. The JD-U legislator had abstained from voting.

The NCP had backed Meira Kumar. BJP rebel legislator Nalin Kotadiya claimed he did not vote for the NDA candidate. If these three votes are considered to have been cast in favor of Meira Kumar, the number of Congress legislators who voted against their official candidate would be 11.

"We do not have sufficient information on this as yet but we will look into it and act accordingly," state Congress president Bharatsinh Solanki told media persons in Ahmedabad.

The cross-voting has only added to the woes of the Gujarat Congress, given that senior party leader Shankersinh Vaghela who has been miffed with the high command for not handing him over the reins of the December electoral battle, has already announced a public gathering of his supporters and legislators on his 77th birthday on Friday, which he normally does not celebrate.