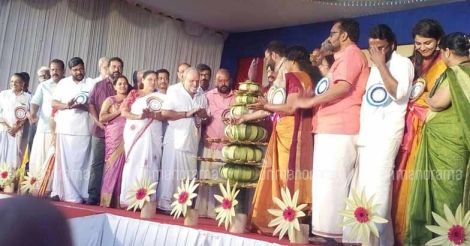 P Sreeramakrishnan said unlike many other places, Kerala is a land where a cultural amalgamation took place in the process of social formation.

Thrissur: Kerala School Youth Festival has evolved to be a cultural resistance, assembly speaker P Sreeramakrishnan said as he inaugurated the 58th edition of the mega event here on Saturday.

“Kalolsavam, more than a contest, is an exhibition of the pluralism of the culture of Kerala. At a time when some people are calling for a cultural puritanism, it stands out to be a cultural resistance,” he said.

He said unlike many other places, Kerala is a land where a cultural amalgamation took place in the process of social formation.

Education minister C Raveendranath said the government wants to convey a message that the Kalolsavam needs to be a festival instead of a competition. “Changes have been effected in the Kalolsavam manual so as to suit the aims of the government’s mission to protect public education,” he said.

Veteran singer P Jayachandran, Kathakali maestro Kalamandalam Gopi and several people’s representatives attended the colorful ceremony. The program started with a welcome song by 58 school teachers in the district. Students of Kerala Kalamandalam performed a dance to the tunes of the song penned by poet Murugan Kattakkada.

Though chief minister Pinarayi Vijayan was scheduled to inaugurate the event, he skipped the event citing official reasons. Sources said he did not attend the event as he had to take part in the CPM’s district meet in Kollam. His message and greetings to the participants were conveyed by Sunilkumar.

This is the ninth time Thrissur is hosting the festival, with the first being a low-profile event in 1962 amid the Indo-China war. The festival will conclude on Wednesday (Jan 10) after hosting 234 events in 24 venues. As many as 8,354 students will take part in the competitions. However, the number of contestants may go above 12,000 if those who are likely to participate through appeals are counted.

A green protocol, aiming at zero-pollution, will be in effect on the festival venues.

The expenses of the festival is estimated to cross Rs 1.5 crore.

Read: Latest Kalolsavam news | Yesudas, Jayachandran and an elusive third man; do you know who?