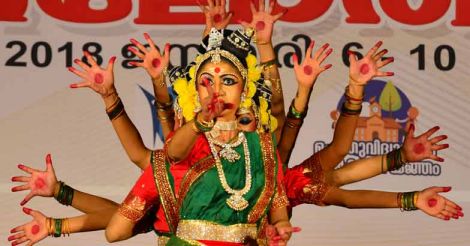 The application points out that thousands of students perform and prove their high skills in the festival at different levels.

Thrissur: The state school youth festival, Asia's largest art festival, is bidding for a place in the UNESCO's list of world heritage arts. The department of education has handed over to UNESCO authorities an application that details features of the youth festival.

Education minister C Raveendranath said further action is awaited. Koodiyattam, one of the items in the festival, has a listing in UNESCO's heritage lineup already.

The application points out that thousands of students perform and prove their high skills in the festival at different levels. Besides, this is a meeting place for several heritage art forms that deserve a UNESCO listing.

It also refers to the observation of green protocol and excellence in organization.

UNESCO has specific criteria for conferring world heritage status. A 21-member panel has to make the recommendation. The minister said a UNESCO team is expected to arrive for collecting data related to the youth festival.