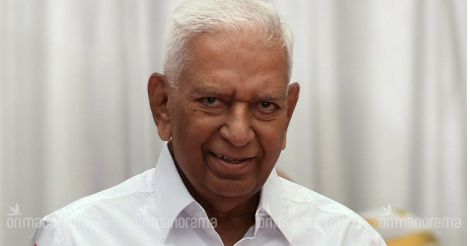 Karnataka governor Vajubhai Vala was the speaker of the Gujarat assembly and finance minister in the Narendra Modi cabinet when the latter was the chief minster of the state.

If a party wins absolute majority in an assembly election, the Governor won't be in a dilemma as the Constitutional authority has to call the leader of the party with absolute majority in the Assembly and ask him or her to prove the majority on the floor of the House. Article 164(1) of the Constitution provides that the chief minister shall be appointed by the Governor and the other ministers shall be appointed on the advice of the chief minister.

But what if the election throws up a hung verdict as in the Karnataka polls, the results of which were out on Wednesday? What are the options Karnataka governor Vajubhai Rudabhai Vala should consider before calling a party to form the government in the state?

Bommai judgement: When no party has numbers. 1) Governor first needs to call the pre poll alliance, 2) if no pre-poll alliance then the post poll alliance 3) if they also can't prove, only then single largest party

BJP govt appointed Governors didn’t invite Single Largest Party in either Goa, 2017 (INC, 17 out of 40 seats), Manipur 2017 (INC 28 of 60) or Meghalaya 2018 (INC 21 out of 60). Union ministers gave arguments supporting them. The precedent is there to follow, right? #Karnataka pic.twitter.com/F4fXKxAhix

As the decisions taken by governors in case of a split verdict can create a row as has happened several times, the Sarkaria Commission has proposed a few guidelines on the matter, though individual governor's discretion is ultimately decisive.

In a fractured mandate, the governor may adhere to the following general order of preference in calling a party or group of parties to form the government as per the Sarkaria report. (Sarkaria Commission was set up in June 1983 to examine the relationship and balance of power between state and central governments and suggest changes within the framework of the Constitution.)

1) The coalition of political parties that was formed before the elections.

2) The single largest party which stakes a claim to form the government with the support of other political parties, including independents.

3) A coalition of parties that was formed after the election, with all the allies expressing their intention to join the coalition government. The Congress and Janata Dal (Secular) alliance is one such in Karnataka.

4) A coalition of parties that was formed after the election, but only a few allies join the government and the rest promising to provide support from outside.

However, the discretionary powers of the Governor offer him or her vast liberty in actions. According to the Constitution, the decision of the Governor is final and the validity of anything done by him as a matter of his discretion cannot be questioned.

What was the row in Goa and Manipur?

Last year's assembly elections in Goa and Manipur had thrown up a hung verdict and Congress had emerged as the single largest party. But in both states, BJP managed to form governments with the help of other parties and independents. In Manipur, the BJP had won 21 constituencies and the Congress had 28 seats out of the total 60 seats. In Goa, the BJP and the Congress won 13 and 17 seats, respectively, out of the total 40 seats.

A few months ago, a similar situation arose in Meghalaya with the Congress emerging as the leading party with 21 seats in the 60-member assembly, but Conrad Sangma of the National People's Party with 19 seats became the chief minister after he managed to stitch up a five-party coalition after the election results were announced.

Karnataka governor Vajubhai Vala was the speaker of the Gujarat assembly and finance minister in the Narendra Modi cabinet when the latter was the chief minster of the state. In 2001, he vacated his seat as legislator to pave way for Narendra Modi to contest the polls. The veteran BJP leader has the distinction of having presented the most number of budgets in the Gujarat assembly.

Vajubhai Vala became an indomitable leader by wresting the Rajkot (West) seat from the Congress in 1985. He retained the seat till 2001 and gave up it up for Narendra Modi to contest a byelection. He returned to take the seat in 2007 and 2012. By then, Modi had moved to the Mani Nagar seat.