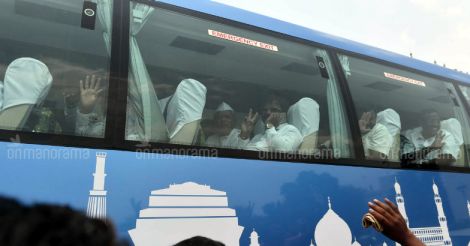 The political scene in Karnataka is on topspin with even the senior leadership of the Congress and the JD(S) being unsure of the allegiances of the legislators. There were unconfirmed reports that the Congress-JD(S) combine is transporting MLAs to safe havens. The latest reports say the MLAs have been housed at a resort in Hyderabad to prevent defection. Reports say at least three Congress MLAs are 'missing'. The strong anti-defection law may be applied if the three MLAs join the BJP. Here is a history of the law and its ramifications in the Karnataka scenario.

In 1967, a Haryana legislator Gaya Lal switched loyalty three times in a single day. He was with the Indian National Congress and he switched to the United Front and did two more back and forth, all in about 12 hours.

Alarmed by the surprise manoeuvres, the government decided to overhaul the 'governing laws'. The tenth schedule of the Indian Constitution is also called the Anti-Defection Act. This was amended in 1985 to prevent wanton and self-serving defections.

Under the Act, an elected member may be disqualified under paragraph 2 (1)(a) if:

1. he foregoes his membership voluntarily

2. he votes in a House in contravention to the whip (general direction issued by the designated party whip)

A defection is deemed valid if:

At least one-thirds of the members of a party are ready to exit the party at one go. This is deemed valid in the eyes of the law.

The anti-defection law will not apply if:

1. A party merges with another completely

2. If the members who come out of one party form another party

3. If party legislators take no cognizance of the merger and act independent of such actions as a separate block in the House

In the Karnataka context, the Congress has 78 seats and the JD(S), 37. So, the BJP may need to tear out at least 26 legislators from the Congress or 12 from the JD(S) for immunity from the anti-defection law.

If the three MLAs defect, the law will automatically apply and the members will lose their seats and the privilege to vote. The Supreme Court had stated on Wednesday that it was 'preposterous' to argue that the law will not apply as the legislators had not taken oath.

Attorney-general KK Venugopal, during a three-hour, post-midnight hearing, on a petition filed by the Congress-JD(S) combine, said the SC should not enter the 'thicket of who gets involved to form the government'. "It was a grey area whether an MLA prior to taking oath was amenable to disqualification under the anti-defection law."

The bench of justices A K Sikri, S A Bobde and Ashok Bhushan said, "It is preposterous to argue that before the MLAs take oath they are not amenable to anti-defection law. This means it would be an open invitation for anyone to indulge in horse trading prior to MLAs taking oath."

The interim order of the apex court brings two key points to the fore. The court, by stating that the law applies to legislators and there is no ambiguity in 'stated dictums,' has sent out a message that there cannot be imprudent interpretation of the law for wily political designs.

Secondly, the court's dictum is also a reassertion of the fact that judiciary's meddling with the legislative set up will be minimal or null but scrutiny and audit are the fulcrum of its functioning. Therefore, the judgement of the court can only be termed 'studied and profound.' This is more so because the court stopped short of legislative meddling by not annulling the governor's action of inviting the BJP to form the government. At the same time, it stayed true to the spirit of the Constitution by reiterating that the methods of the governor will be examined.