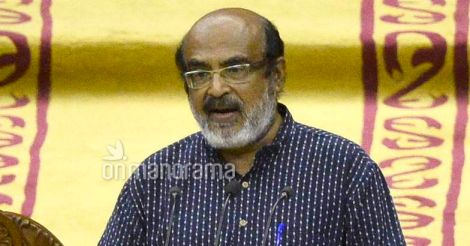 Thiruvananthapuram: Faced with a severe financial crunch, Kerala finance minister T M Thomas Isaac is likely to go for extreme austerity measures when he presents the budget. He is expected to explore measures to increase non-tax revenue as the state can do little to increase revenue after the switch to the Goods and Services Act. He is even considering raising fees in hospitals and schools for those above a certain income limit.

Still the austerity drive and revenue generation may not be harder on the common man. The government is expected to leave the welfare pensions untouched and keep the money flowing for development works, sources in the finance ministry said. Infrastructure spending is only likely to increase in the backdrop of government borrowing of Rs 50,000 crore for projects under the Kerala Infrastructure Investment Fund.

The coming budget is likely to be a stark departure from the previous two budgets presented by the Left Democratic Front government, when cost-cutting and non-tax revenue increase were not in focus. The finance ministry will cut costs wherever it can and postpone whatever projects it can. Yet recruitment or the creation of posts will not be affected.

The government is expected to allot more posts for teachers, doctors and nurses as it did in the previous years.

The state’s revenue from users’ fee in several sectors have dropped from what it used to be 20 years ago. Various government fees have not been revised for years. The government may introduce measures to rectify these shortcomings. The government may raise property tax and the royalty on mineral resources.

Government circles believe that the property tax in the state is ridiculously low at Re 1 per are. Village offices across the state collect only meager taxes.

Isaac still expects the GST to be a game changer for Kerala even though the switch to the new tax regime failed to benefit the state initially. The finance minister has been claiming that Kerala would benefit from the GST as it was a consumer state.

Around 80 percent of the commodities consumed in Kerala are brought from other states. Kerala may see a spike in revenue from the GST next year.

The government may increase subsidies for paddy cultivation.

Isaac may also choose to cut down his budget speech to one-and-half hours.