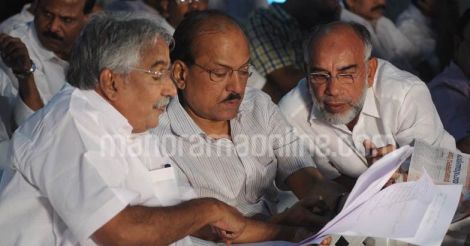 Malappuram: The victory in Malappuram Lok Sabha by-election has come as a confidence booster to the United Democratic Front (UDF), that had been battered by its setback in local body and assembly polls as well the Bharatiya Janata Party's surge in the State in the recent past.

The first electoral test that took place since the Pinarayi government assumed office rendered a body blow to the Left Democratic Front (LDF), but it has offered some relief to the ruling front too.

The Bharatiya Janata Party is the major loser. The claims staked by the rival fronts that state politics has once again assumed a bipolar nature after a brief stint, gives the BJP a rude jolt.

The voters of Malappuram have elected Indian Union Muslim League (IUML) leader P.K. Kunhalikutty to the Lok Sabha with a record margin and also a record percentage of votes polled (55.04 percent).

The UDF and IUML leaders might be concerned that they were unable to garner the same margin the late E. Ahamed had won from the same segment in the last Lok Sabha elections.

The IUML could not secure the expected margin in Malappuram and Manjeri Assembly segments. Even then, the UDF secured more votes in all the seven Assembly segments in the Lok Sabha constituency. The majority of 1.18 lakh in the Assembly election has increased by 53,000 votes.

The total votes of the LDF has also decreased. This statistics is the reply the UDF gives to the LDF for its challenge that the former was unable to maintain the same lead it secured in 2014.

While the Oommen Chandy government won all the three by-elections, the LDF government has lost its first electoral test. What is in the hustings is the Vengara by-election where again Kunhalikutty was elected with a margin of 40,529 votes, 10 months back.

The achievement for the LDF is that M.B. Faizal could secure 1,01,323 votes more than what its candidate P.K. Sainaba won from the same segment in 2014.

Both parties had decided to abstain from the fray at present. Now, the spat between the two fronts is over the beneficiary of the votes of the two parties. The LDF argument is that despite winning the votes of the two parties, Kunhalikutty could not maintain the lead won by the late E. Ahamed and the UDF attributes to the increase in LDF votes to the contribution of the SDPI and the WPI.

The IUML is satisfied over the Congress role in securing the Hindu votes in the segment. The Congress is heaving a sigh of relief. For, it had attributed the setback in the Assembly election to the drift of Hindu votes to the BJP.

It is happy that it could contain the BJP bid to bring about a communal polarization in a segment like Malappuram. The IUML has shared its happiness in this score with the Congress leadership too. The UDF leadership meeting on April 21 would do a detailed analysis of the by-election results.

Even while raising a claim of increase in vote share, the LDF could not attain the 39.88 percent votes it secured in 2009. Its vote share remained at 36.77 percent in the present by-election. It was a comparison with the lackluster performance of P.K. Sainaba, who won 2,42,984 votes in 2009, that came as a face saver to CPM state secretary Kodiyeri Balakrishnan, who claimed that the poll outcome would be a judgment on the LDF government's performance during the past 10 months.

At times, the LDF leaders had a feeling that Kunhalikutty would surpass the majority won by the late E. Ahamed. The LDF could find solace that it could save its face amid the emotional turmoil raised by the protest of the engineering student Mahija in the capital during the run up to the election. The CPM would have to realize that its attempt to increase its clout in the segment that once went in its favor has gone wrong and Malappuram has once again shown its loyalty to the IUML.

The Bharatiya Janata Party State leadership meeting that began in Palakkad on Tuesday would discuss the defeat in Malappuram, where the party could register only 7 percent increase in its vote share. This plight gains significance while considering the fact that a contestant would have to secure at least 35 percent votes for winning any tri-cornered election in the State. The defeat comes soon after BJP national president Amit Shah staking a claim to capture Kerala at its just concluded national executive in Odisha. Right from the campaign mode to selection of candidates, the entire preparations of the party for the by-elections would come up for a thorough review at the leadership meeting. The allies of the National Democratic Alliance (NDA), too, would be upset over the outcome. This has endangered the prospects of those who were trying to secure a berth in boards and corporations under the Central government.

The parliamentary board and Legislature Party meeting of the Muslim League would be held at Panakkad on April 22 to decide the successor of P.K. Kunhalikutty in the Assembly. Though the name of deputy leader M.K. Muneer is doing rounds, a final decision would be made only after the Vengara Assembly by-election.

Charges and counter-charges about the drift of the votes of SDPI and the Welfare Party of India in the Malappuram Lok Sabha by-election are flying thick and fast.

Both parties had together won 77,069 votes in the 2014 Lok Sabha elections. They secured 31,967 votes in the 2016 Assembly elections. The SDPI, which decided not to support any candidate in the by-election, called for conscience vote. The Welfare Party went a step ahead and gave a call to boycott the election.

The SDP says that the anti-people policies and the conduct of the police under the LDF government have brought discontent among its rank and file.

It also felt that the party should vote against the Sangh Parivar forces that control the central government.

The Welfare Party members boycotted the elections. The Jamaat-e-Islami too is understood to have made a similar call to its active members. The Welfare Party leadership feels that the votes of its sympathizers might have gone to both the LDF and the UDF candidates.