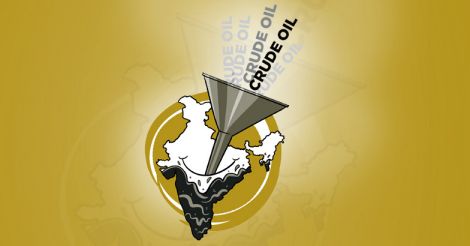 Even though we all thought that the nation would do well economically if Narendra Modi came to power, we all know what happened with respect to exports. For the first time in fifty years, exports have remained stagnant without growth. Modi cannot be blamed because there are many factors that have led to the situation. The fall in commodity markets, increase in exports from China and a fall in global demand are all reasons for the situation.

According to the economist, foreign investments in India would be lacklustre this year as interest rates in US and UK increases. When that happens, stock prices in emerging nations would drop. This is happening in China and is expected to happen here as well.

The expected situation with startups is no different and is in fact a bit unsettling. The report says that those who invest in startups without considering the quality and scope of such companies would lose money and only those companies with a concrete business plan would succeed. A crash may be expected along the lines of the past dotcom burst. The report says that startups in Silicon Valley would be affected massively.

The report also says that commodities in 2016 would increase. Rubber, farm products, petroleum and gold would see an increase in price. However, the price rise of crude would not be significant. The Indian economy is expected to grow about seven per cent. America would grow by 2.5 per cent. China could see a drop in growth and even enter a crisis, the report says. The report says that the world economy is so much integrated with China that a crash there would affect all nations around the world.

The T20 business is set to boom as the season is drawing close. There is much at stake as 50 crore people would stay glued to their TVs. The matches are expected in March with 16 teams to fight with each other in eight cities.