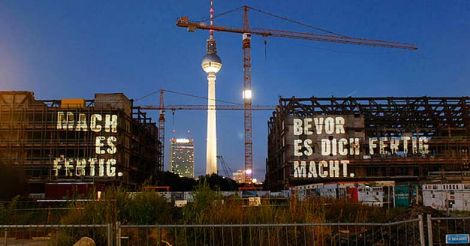 Germany badly need young trained hands in large numbers and that makes Germany a magnet for intelligent, educated people from all over the world. File Image: reuters

The latest job trend in English speaking countries like the US favours those with proficiency in one or more international languages. Knowledge of Spanish, and French, the languages spoken in Latin American countries, is a sure ticket to get ahead if you are a job seeker in the US.

Countries across the world is following this trend. It may be a by-product of globalisation, but in the new dog-eat-dog world of hyper competition, your mother tongue, even if it happens to be English, is not enough to survive. In India, German is the current rage. Kendriya Vidyalayas or central schools teach the language, CBSE accepts it as a second language. ICSC also has decided to make it second language. Private schools in all the major cities have faculty members teaching German. Several major IT companies, now lets their selected employees learn German, for two hours of official time. Allianz in Technopark in Trivandrum is an example.

Goethe Centrum in a tier-2 city like Trivandrum, teaches German language to more than 1000 students annually. A major chunk of these students are Engineers or Engineering students or IT professionals.

What could be the reason behind this new found fancy in learning German? You have guessed it right — job and visa. Germany is the largest economy in Europe, bigger than the UK. It's the industrial production centre of Europe. But Germany is an ageing country. Even though factories need able hands to work, they are hard to come by in Germany. They badly need young trained hands in large numbers and that makes Germany a magnet for intelligent, educated people from all over the world.

German Universities don't believe making commerce out of knowledge. Hence education is free. If a lad can get admitted in one of these Universities for a course lasting more than 18 months, he can get a visa to stay. If he lands a job at the end of studies, a three year resident visa is granted. During those three years, he or she can apply for permanent residence visa. And the ticket to realising these dreams is- Knowledge of German language.

Today we see many a start-up companies struggling after the initial euphoria. But Palnar Transmedia, is an old start-up from the early days of Technopark, that found it's feet out of knowledge of German language. Having heard through the media that, a young post graduate in German language is starting a company in Technopark, a German firm Terra software contacted him and gave him a few small software application projects. Like the one for managing apartment registration or another for managing a cemetery. Curious it may be, but in Germany people choose the graveyard they want to eternally rest. Syed Ibrahim, the young CEO of Palnar Transmedia completed these projects in time and got set for life as a German language based IT entrepreneur.

Today, Palnar has major German clients like the Pharma giant Rosh and crores worth of business. Syed, then the freshly minted post graduate in German, went on to become the first director of Goethe Centrum in Trivandrum.

Engineering students with knowledge of a foreign language like Japanese or Spanish is in great demand everywhere. IT companies that have established client base in US and UK are now branching out to other parts of Europe and Latin America. To grab contracts, knowledge of the language is a must. A project co-ordinator has to interact and understand the needs of the client and convey the same to his team, to make the software. Naturally, if you have both tech skills and language, you are ahead of the pack.

Malayalis everywhere look for two things - job and visa. They can't bring themselves to work at home, but have no problem in working hard in a foreign land. If that's so, then so be it. Get a foreign language skill, get a visa, and get set for life.

Last post- Even the UK is changing the spelling of English to make it easier for those in other parts of Europe. It's called Euro English. No letter C, only K. No ph only F. doubling of letters in words like all, or mess would be reduced to just one letter. al, mes. This would happen in a structured way in a few years.

If even the Brits are prepared to swallow the pride of their language, then you can guess the rest.