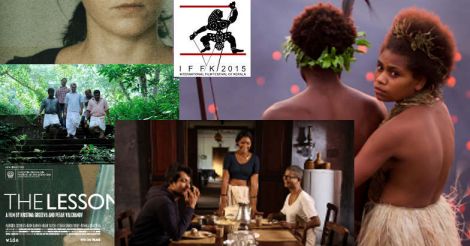 The movie is about five friends from different background and professions, who go on a holiday trip to a forest. Sanal Kumar Sasidharan's 'Oralpokkam', produced through an online crowdfunding programme, won NETPAC and FIPRESCI awards for the best Malayalam film at the 19th International Film Festival of Kerala (IFFK).

Turkish writer-director Tunç Davut's first feature film, Entanglement [+], is a story of two brothers divided by a woman, but it is also a study of the relationship between humans and nature, recounted at a slow pace that is in complete accord with the setting: a forest in the Anatolian mountains, near the Black Sea.

The movie, titled after a cluster of eight tiny islands in Kollam district in Kerala, tells the story of lives on the island. Malayalam actor Indrans played the lead role in the movie.

The movie, which won many international awards around the world, depicts life of Nadezhda, a teacher in a small Bulgarian town.

The film, which won awards at Venice International Film Festival, tells the story of traditional tribal society in the South Pacific. This is the first movie shot in Vanuatu Island, near Australia. Most of the characters were brought to the silverscreen by tribals.