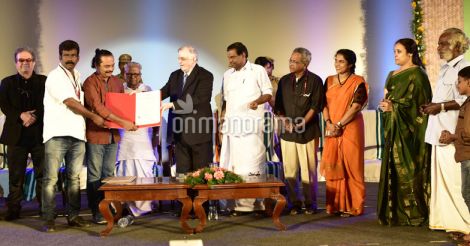 The 20th Kerala International Film Festival has concluded. Twenty years is not a small period of time as far as a film festival is concerned. The fact that we are still not able to increase the standards of the festival to the level of similar festivals, or which were launched more recently- such as the Busan or Shanghai festivals- is a matter of concern. Obviously, organisational flaws are to be blamed. However, compared to the last 19 years, the conduct of the festival this year signalled that we are inching towards achieving international standards.

Perhaps, one highlight of this year's festival is that it has ended without complaints and controversies.

A lot of credit goes to Shaji N. Karun for making this year's festival outstanding, thanks to his international exposure. That many films of international repute were screened and reservation systems were introduced to avoid rush at the theatres show the increasing and perceptible level of professionalism in the management of the festival. The presence of critics and media professionals of repute also enhanced the quality of the festival and helped to elicit international attention.

While many films that had received critical acclaim and screened in similar festivals were also screened this time, authorities also walked the extra mile to accommodate more people by expanding the Tagore Theatre and setting up the temporary theatre, Nishagandhi.

This helped to reduce rush and the usual commotion during the festival. While the reservation system had failed miserably last time, this time it was flawless. That the films could be screened on time, without much variation in schedule, also speaks of increasing quality of festival management.

The role of Rajiv Nath, chairMAN of the Chalachitra Academy, has also to be commended. This time, the festival was run on a lower budget and that makes the achievements outstanding. While the festival has ended well, we need to ensure that the professionalism that we have achieved after 20 years is not lost. We need to go much forward to be at par with international film festivals and this accomplishment should serve to encourage us to strive for higher levels of performance. At the same time, we need to go beyond the routine of merely screening films at the festival. 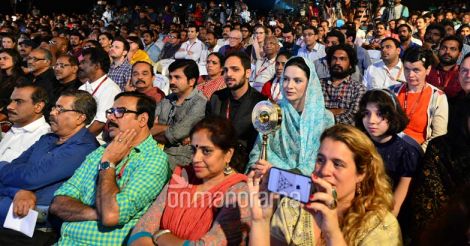 Many films of international repute were screened and reservation systems were introduced to avoid rush at the theatres show thereby increasing and perceptible level of professionalism in the management of the festival. Photo: Rinku Raj Mattancheriyil

Film festivals offer a venue to encourage local cinema while international films are screened. Other aspects that films festivals encourage are film market, co-production market, script development fund and so on, which serve to enhance production and distribution of films. We need to consider all these aspects seriously. At the same time, the government should use the opportunity to encourage local films and art films.

From next year, local films screened at the festival should be provided at least Rs 5 lakhs so as to encourage their producers. This would also help to develop an environment that facilitates production of good cinema. While Maharashtra, Goa and Bengal provide subsidies to art films, there seems to be no such provision in the state. While the Adoor Committee had submitted a report to the government with respect to providing subsidies to art films, the government has not so far acted on it. Another comprehensive report by FEFKA to the government is also waiting for action.

A permanent festival complex is urgently required. We have been discussing this for twenty years. Let us hope this idea bears fruition at least next year. In addition to this, if we can re-design the festival by incorporating solutions to pertinent issues such as subsidies, promotion of local films, film market etc, we could soon take the festival to the level of international festivals. Let the recently concluded festival and its success provide a start to such an effort.