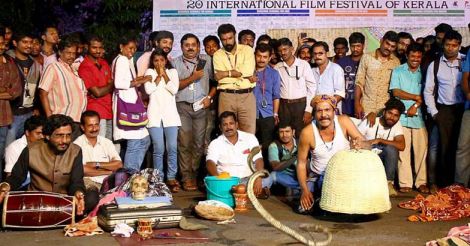 Thiruvananthapuram: On eve of final day of the 20th International Film Festival (IFFK), delegates were in rush to watch the best ones from the remaining shows.

The seventh day of the fest became the busiest of all as the day showed only the best ones of 20th edition of IFFK. Seven competition films and nine Oscar aspirants were screened on Thursday.

Day of best ones

'Victoria' by Sebastian Schipper, which was lauded for its remarkable making, marked out as a must-watch for the penultimate day by many delegates who were seen lining up at Nishagandhi to watch the German flick. The entire movie was completed in a single shot without any cuts or editing. 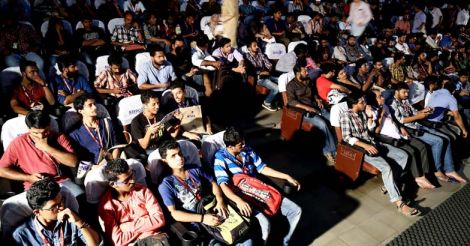 Croatia’s official nominee for the Oscars this year, 'The High Sun' directed by Dalibor Matanic, is an onscreen poem depicting the universal pain of lost love, through three stories set in three consecutive decades. Even though the characters in the stories change with time, the director uses the same actors for all three as a tool to connect the basic story line.

'The High Sun' served as a hot topic of discussion among delegates for its experimental approach and unpredictable sequences. The movie has won Un Certain Regards Jury prize at Cannes and several other prestigious awards in the international circuit.

Against the backdrop of a shrinking Gaza Strip and its blood-boiling resistance against Israel, Degrade, directed by Arab and Tarzan Abunaseer, visualises a high-tension drama at a beauty salon.

The movie set it plot around an eventful day when a gangland family steal a lioness from Gaza’s only zoo and provokes the wrath of militant group Hamas. The customers at the saloon have a connection with the robbery, so tension runs high there. The French-Palestine-Qatar collaboration film drew in the crowds at its last screening at Tagore in the last show of the day.

The competition films screened on Thursday were 'Yona', 'Clarisse or Something About Us', 'Immortal', 'Shadow Behind the Moon', 'The Black Hen', 'Project of the Century' and 'Jalal's Story'.

Other important shows were 'Taxi', 'Idol', 'Secret', 'Munroe Thuruthu', 'Embrace of the Serpent' 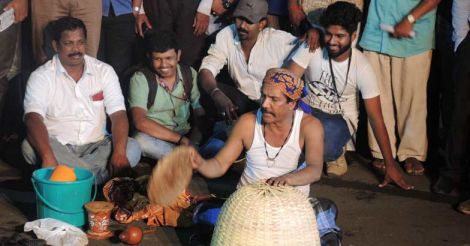 Gaspar Noe's 'Love', which was dubbed as 'most hottest movie in IFFK' and created tensions at the Nishagandhi theatre on Wednesday, screened in Remya theatre at 9.30 pm on Thursday amid tight security.

Learning from previous day's experience at Nishagandhi theatre, the police and organisers took extra care to make sure the show runs without tensions. The delegates had to go through three check points to enter the theatre.

First, they had to verify their IFFK pass and receive a ticket at the gates. Then the delegates had to go to another man to check the ticket and finally at the doors, they had to show the ticket and ID before receiving the 3D glass and entre the theatre. 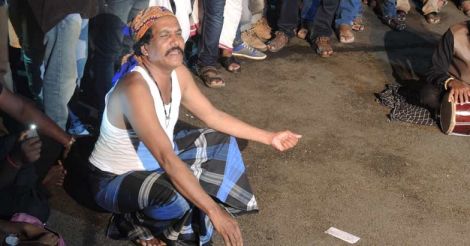 Police and Indian Reserve Battalion (IRB) personnel were deployed at the theatre premises hours before the show.

Meanwhile, a group of delegates staged protest at Kairali theatre accusing an unidentified person of verbally abusing girl during a show at Nishagandhi. According to the protesters, a person abused a girl on Wednesday night at Nishagandhi theatre, while the film 'Love' was screened. 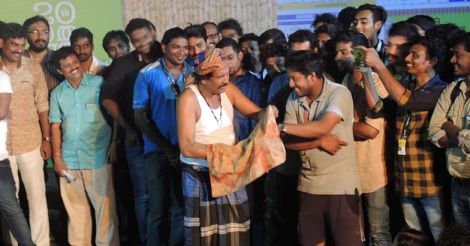 The festival arena at the Tagore theatre witnessed a series of art performance on Thursday as part of the IFFK 2015. Folk-song performances, street magic and singing were organised near the main venue on Thursday evening. 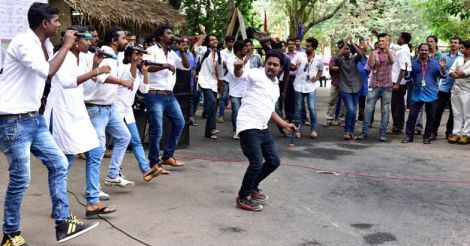