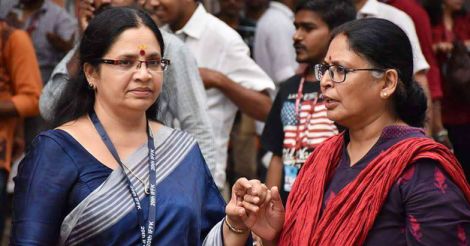 Thiruvananthapuram: Veteran dubbing artist Bhagyalakshmi says film festivals are not just a forum for interacting with seniors, peers, and technicians from across the globe but also a learning platform to help understand finer aspects of her craft.

Foreign films screened in the International Film Festival of Kerala (IFFK) helps her perfect natural dubbing, said Bhagyalakshmi – the voice of many leading actors such as Shobhana and Urvashi – who has been a regular at the IFFK for 16 years.

"India is the only country which follows dubbing; other countries follow the practice of live sound or sound capture during the shoot. Making voice variations naturally and easily is what I have been able to learn from foreign language films through festivals."

"We don’t have to shout for everything; the message can be communicated silently through a murmur. A monosyllable is enough to register protest."

Superior dubbing calls for a seamless marriage of skill and technology, said Bhagyalakshmi who has dubbed over 4,000 films and won state awards in dubbing over her four-decade career. Even while being skill-intensive, dubbing requires state-of-the-art equipments to translate the desired impact of emotions through sound.

"A dubbing artist is very much part of cinema. Only with strong acting skills can the artist dub well. In front of the mike, the dubbing artist may not have to act with the body or face, but the underlying emotions have to be brought out through sound."

She said though that we are still far away from natural dubbing. "Only a few directors understand dubbing or modulation; the brief given to dubbing artists seldom communicates the nuances of required emotions. It is for the dubbing artist to imbibe and translate it through his or her voice on the screen."

"When the communication by an artist onscreen is with a partial murmur or whimper, the absence of the choicest equipment has forced me to dub it with a stronger murmur; in the process, the emotion is not captured exactly. I have often felt that my contribution could be bettered with appropriate technical backup."