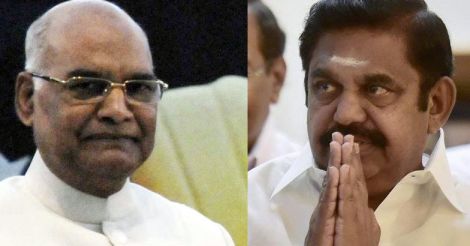 The decision was announced here by chief minister K. Palaniswami.

Speaking to reporters, he said the party supports the candidature of Kovind as the next president.

NDA gets boost as Sena backs Kovind, opposition gears up for 'ideological battle'

Palaniswami said prime minister Narendra Modi had requested the party's support for Kovind over phone and the decision was taken after consulting the party legislators and ministers.