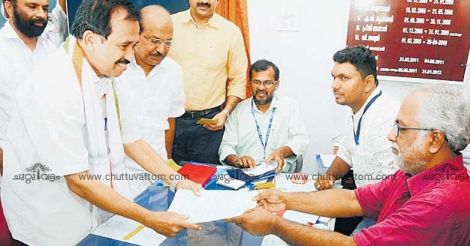 K.N.A. Khader submits his papers at the office of the deputy electoral officer in Vengara

Malappuram: Candidates of the two leading political combinations in Kerala have submitted nominations for the Vengara by-election. 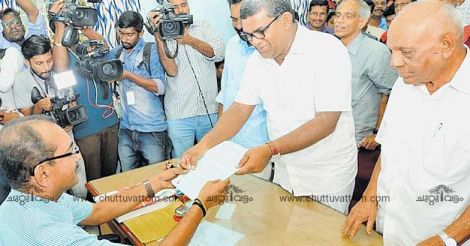 The by-poll has been caused by Kunhalikutty's election to the Lok Sabha. He was chosen for the Lok Sabha seat after incumbent E. Ahamed passed away.