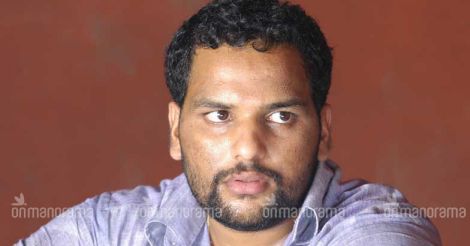 Bineesh was sentenced in absentia on December 10, 2017, for not repaying a loan taken from the Dubai branch of Saudi Arabia-based Samba Financiers

Since Bineesh had been sentenced to two months in jail by a Dubai court in a criminal case for not repaying a loan, he will be put behind the bars if he lands in that country.

The news comes close on the heels of a travel ban imposed on Kodiyeri Balakrishnan's elder son Binoy in a financial fraud involving 10 lakh Dirhams (Rs 1.74 crore) in the UAE.

Now, Binoy can't leave the UAE, while Bineesh can't enter that country. Since Bineesh has been blacklisted, he won't be able get a loan too.

Bineesh was sentenced in absentia on December 10, 2017, for not repaying a loan taken from the Dubai branch of Saudi Arabia-based Samba Financiers. The case was registered by Bur Dubai police on August 6 following a complaint filed by one Ibrahim Kamal Ibrahim. Recovery agents reported that the culprit was the son of a senior political party leader in Kerala.

According to the UAE laws, a compromise can be reached even after sentencing. The sentencing can be annulled if the money is paid and a tanasil (release letter) from the complainant is submitted in the court. This can be done even from Kerala, said legal experts.

The allegations against his sons have kicked up a political storm in Kerala with the opposition parties demanding that Kodiyeri step down from his position.