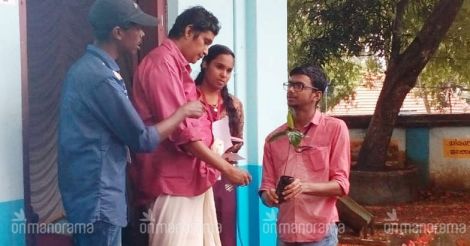 Volunteers of National Services Scheme in the Catholicate College in Chengannur have been assigned to distribute the gift to the voters. Photo: G Ragesh

Chengannur: Several households in Chengannur Assembly Constituency will have a green memorial of Monday's bypoll.

Voters who exercised their franchise in five model polling booths in the constituency were gifted with saplings of jackfruit trees by the election commission. Jackfruit was declared the official fruit of Kerala recently. The model booths are at Sree Karthyanani Vilasom High School, Kuttamperoor; Govt LPS, Chenkilathu; Hindu UPS, Eramallikkara; Govt UP Girls School, Kizhakkenada; and Junior Basic School, Kalyathara.

In model booths, voters don't have to stand in queues as chairs have been arranged for them. Voters would be served tea and biscuits in the booths. 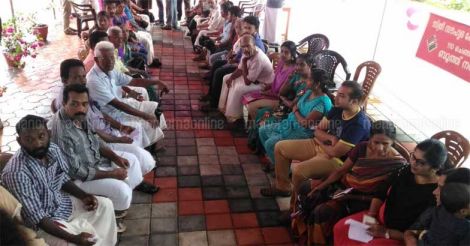 A model polling booth in Chengannur

The booths have facilities such as selfie point, medical aid and a counter for differently abled people.

The saplings were being given in a bid to encourage afforestation and nature conservation. "It's a great gift. The need for conservation is on the rise everyday. It's the best gift a voter could get," said Remya, a young woman who cast her vote at Kizhakkenada Govt UP School, which is the only model and woman-friendly booth in the constituency. 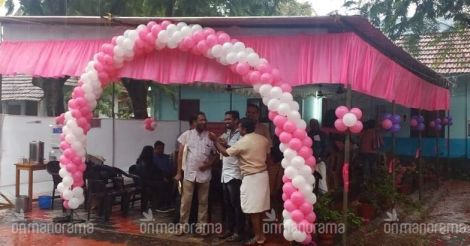 The model-polling booths have facilities such as selfie point, medical aid and a counter for differently abled people.

Volunteers of National Services Scheme in the Catholicate College in Chengannur have been assigned to distribute the gift to the voters. Apart from the model booths, there are 10 women-friendly booths in the constituency. These booths are managed by women and women cops are in charge of the security there. The booths have facilities for baby feeding also.