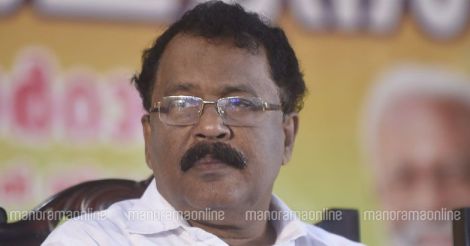 “The positions promised to the BDJS were not given; BJP does not generally encourage caste interests. I was aware of this factor during the election campaign itself,” said Pillai.

According to him, the NDA could have performed much better if it had ensured the support of the BDJS. “The SNDP votes went in favour of the CPM. Other parties can learn how to attract caste votes from the CPM,” said the BJP leader.

This is for the first time Pillai has openly criticized the party leadership after the Chengannur debacle.

The BDJS leaders had alleged that the NDA, after benefiting from the alliance with their party, had given it a curt treatment. They also refused to back the BJP in the crucial Chengannur bypoll.

LDF candidate Saji Cherian had registered a massive win in Chengannur. His majority was a record in the assembly seat. While Saji polled 67303 votes, UDF candidate Vijayakumar secured 46347. Pillai’s tally was just 35270 votes.

While Mammootty has been selected for the Ruby Jubilee award, veteran filmmaker Hariharan was mentioned for Chalachitra...