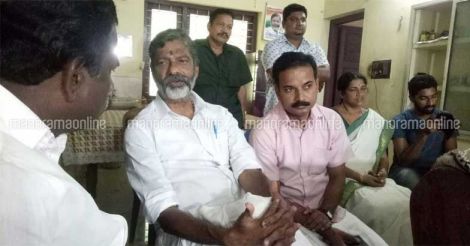 Chengannur has proved over and again that the party’s organisational structure is no match to its rivals.

Kottayam: The byelection result in Chengannur came as a blinding blow to the opposition United Democratic Front in Kerala. Voices of dissent are already heard in the Congress over the party’s inability to ride on favourable political conditions.

Chengannur has proved over and again that the party’s organisational structure is no match to its rivals. The party may go in for a complete overhaul on top ahead of the crucial general election next year.

The UDF was a picture of confidence when it hit the campaign trail in Chengannur. The coalition expected to benefit from its candidate’s personal network in the constituency and the controversies that plagued the Left Democratic Front government.

The Congress-led front expected to win back around 20,000 votes that were drained to the BJP camp in 2016 assembly election. All the alliance needed was to reclaim at least half of those votes to win back the constituency.

D Vijayakumar was the coalition’s trump card. The candidate’s connections with Hindu associations were supposed to help him muster votes while the people punished the LDF for the government’s lapses. The expectations were far from the truth, as the results showed.

The UDF suffered from gross deficiencies in its organisational structure. Even a last-minute patch-up with Kerala Congress leader K M Mani could not help it sail through. As a consolation, the front polled 1,450 votes above its 2016 tally.

Congress veteran A K Antony sought to attribute the defeat to the “communal appeasement” of the CPM but workers at the grass roots think that the Congress has to wake up from its slumber if it were to make a mark in the Lok Sabha elections. Even Vijayakumar has pointed a finger to the loopholes in the organisation. Congress workers had not even distributed pamphlets in his house, he said.

Congress workers have been complaining that the party had not lived up to its position as the opposition in the state. The barbs against the party leadership are only likely to sharpen in the coming days. A change of guard may become an inevitability. Former state president V M Sudheeran has said that the party needs more than cosmetic treatment.

KPCC president M M Hassan could have stayed on in his position had the party sailed through in Chengannur. His may be the first head to roll after the verdict. The Congress high command is in favour of a complete overhaul of the party organisation in the state. The present structure is grossly inadequate to face the Lok Sabha election.

The Congress high command is expected to pick a new leader for the party in Kerala. The party has to win in as many seats in Kerala if it were to flex muscles in the centre. It can’t afford to repeat another Chengannur.