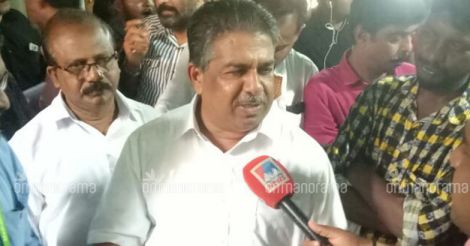 The sweep in Chengannur bypoll has given the ruling Left Democratic Front in Kerala a booster shot, battered the beleaguered Congress-led United Democratic Front and cast a shadow over the BJP's ambitious plans in the state.

The massive victory also cements chief minister Pinarayi Vijayan's status as an omnipotent leader within the the CPM and the LDF and would significantly enhance his clout in the ruling front.

The victory also gives Pinarayi immense scope to counter his adversaries within the LDF.

The CPI, the second largest constituent in the LDF, would also have reason to cheer. Its stand that the LDF can win even without the support of Kerala Congress (Mani) group, to which the CPM has been making tacit overtures, has been vindicated.

The CPM was covertly wooing the KC (M) to rein in its junior partner which has been making noises inimical to a dominant section of the lead partner in the LDF.

So this verdict means the CPM as well as the CPI has reasons to rejoice on that count. The CPM can boast of its deft strategy that led to a resounding victory, by wooing both the minority and the majority communities to its fold.

The LDF game plan was simple.

It first put up a Christian candidate. The UDF and the BJP fielded candidates from the dominant Nair community.

The LDF machinery then moved heaven and earth to portray the UDF candidate as another face of RSS, subtly driving home the former's association with various Hindu outfits.

The perception was effectively communicated at the grass-root level by the CPM's well-oiled machinery.

The LDF managed to effectively convince the minorities that it was better equipped to take on the Sangh Parivar in Kerala than the UDF. That tilted the scales.

The CPM also managed to make inroads into the Congress bastions and swell its kitty with a section of voters who had last time favoured the BJP, ditching the Congress.

This is clear from the CPM's convincing lead in Tiruvanmandur Panchayat where the BJP made significant gains in 2016.

The Congress strongholds of Mannar and Pandanadu panchayats also had a similar story. The LDF increased its margin almost five-fold from its 2016 lead of a mere 400-odd votes.

The Congress had made the right noises initially by arriving at the candidature of D Vijayakumar without the usual bickering associated to the grand old party in candidate selection.

It also managed to bring in top state leaders to the constituency and tried to project a united face, shedding group rivalries of yore.

But its grassroots level weaknesses, or lack of an effective organizational machinery, was not in sync with its aspirations in a constituency which has voted for Congress-led fronts in majority of the polls since its inception.

It may be noted that the parties affiliated to the UDF had won more than a dozen times in a row before the LDF candidate wrested the seat in 2016.

That victory was mostly an indirect fallout of the emergence of BJP as a major force in the constituency as an offshoot of the saffron wave which swept the country in 2014 Lok Sabha polls.

The BJP-led National Democratic Alliance was upbeat after the poll bugle was sounded. It was buoyant after its spirited performance in Karnataka, though power eluded it in the neighbouring state. Its national leadership also proclaimed that Karnataka poll outcome has thrown open the doors for its foray into Odisha and Kerala when Chengannur happened.

But the saffron outfit misread the groundswell of anger in Kerala against the rise of Hindutva forces across the country. The minorities felt alienated by its crude exhibitionism of power. It could not also sway the majority community as it did in 2016, when it rode on a Modi wave.

The faction fighting in the BJP could not be contained by former BJP state president Kummanam Rajasekharan, who was appointed Mizoram Governor with just three days to go for Chengannur polls. Perhaps, that was a tacit admission that the BJP did nor fancy any chances for its own candidate despite all the brouhaha.

The Bharatiya Dharma Jana Sena (BDJS), backed by the SNDP, also could have played spoilsport, though the magnitude of its impact is not clear.

All three political parties had paid obeisance to the SNDP top brass before the polls. SNDP general secretary Vellapalli Natesan had issued an ambiguous statement thanking all parties for meeting him. The statement said the SNDP, read the BDJS, “should help those who back us”.

Perhaps the fine print was that Vellapalli's troubles could only be given a soothing touch by the ruling dispensation in the state.

The strife-torn BJP state unit now has to look up to its central leadership to airdrop a candidate to lead it in the state.

The Congress too is in a similar wobbly path and its interim KPCC president now is in a shaky wicket after this poor show in a constituency considered its stronghold for decades.

With Oommen Chandy too being kicked upstairs as AICC general secretary, there is a definite leadership vacuum in the KPCC.

And this scenario also gives the Congress high command a leeway to revamp its morbid organisation.

For now, the comrades in Kerala have done well to marginalize the BJP and keep the simmering troubles in the Congress on the boil at one shot.