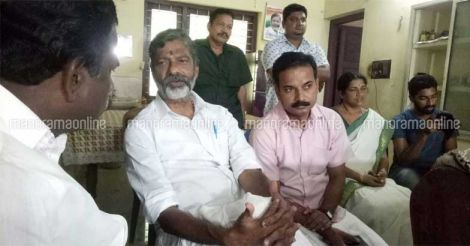 The Congress candidate urged the party leadership to introspect over the impending loss.

Chengannur: Trailing UDF candidate D Vijayakumar claimed both the LDF and the BJP joined hands to defeat him in the Chengannur constituency as the early trends in the assembly bypoll indicated sure victory for the CPM candidate Saji Cherian.

Vijayakumar admitted that Congress erred and the party couldn't defend itself at the local level. The Congress candidate urged the party leadership to introspect over the impending loss.

CPM candidate's lead is rising as the counting progresses. As the UDF is facing reverses even in its strongholds, Cherian is certain of victory.

Like the UDF, the BJP too is facing a reversal of fortunes after the unexpected surge in its votes in the 2016 assembly polls in the Chengannur constituency.

Cherian told Manorama News that the LDF has clear leads in all the booths in Mannar. Of this eight booths are traditionally UDF forts.