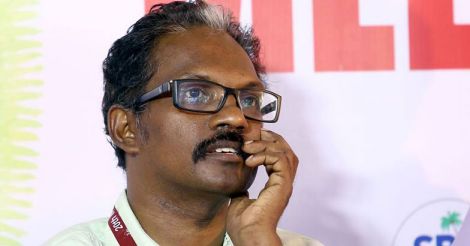 Thiruvananthapuram: Lashing out at the selection panel of 20th International Film Festival of Kerala (IFFK), director Dr Bijukumar Damodaran, widely known as Dr. Biju, said that inclusion of movies which have sexually explicit scenes are being used as crowd-pullers.

In an exclusive interview with Manorama Online, the national award-winning director said that at least 25 per cent of the total audience are coming to see such movies.

"Only if we stop screening of such movies, the genuine audience will get a chance to experience films peacefully," he said.

"IFFK known for large number of delegates. It has been called as People's festival. Majority of the delegates come here to watch good movies," Biju said.

"We don't need to feature such movies like bringing circus and magic show for a temple fest," he said.

Speaking of Gaspar Noe's 'Love', Biju said the movie has no artist values. "The movie had not featured in any of the major film festivals around the world, except in Cannes. Featuring in Cannes, cannot be seen as criterion for entry here," he added. "IFFK is not a festival"

"We cannot call the Internatinal Film Festival of Kerala (IFFK) a film festival. It's only a film exhibition," Biju said.

The Malayalam director said that a festival must have platforms for interaction, promotions, co-production market and script production events. "We have nothing of this sorts here," he added.

Though, Biju criticised the selection of movies, he is glad to see shows running without any problems. "The show is running smooth. There are good films. No major issues were faced so far. Shaji N. Karun's excellence can be seen in this year's festivals," he said. 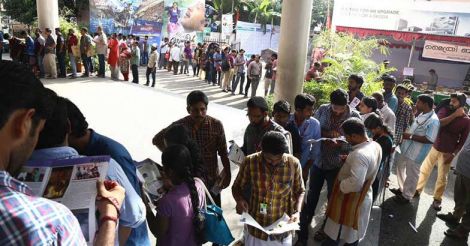 Criticising Kerala State Chalachitra Academy's (KSCA) decision to stop the 'Film Market' segment from this year's fest, Biju said the neither the state government or the academy have no idea about international film festivals.

"We have to promote maximum Malayalam movies when such an event is being organised," he said.