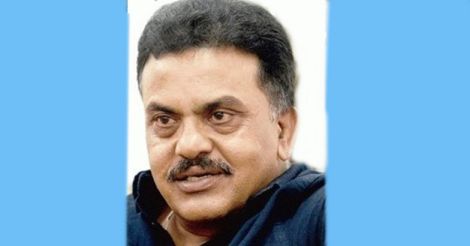 Mumbai: Mumbai Congress chief Sanjay Nirupam landed himself in controversy after he compared Karnataka governor Vajubhai Vala to a dog in a tweet but later deleted it after drawing flak from social media users.

In his tweet in Hindi, Nirupam had said that Vala's loyalty towards the BJP was comparable to that of a dog. The Congress leader later tweeted an apology.

"Vajubhai Vala is a human. How can I call him a dog. But yes, he has left behind even dogs in terms of showing loyalty. However, if my statement was not liked, I apologise," he tweeted.

Nirupam added that the Karnataka governor, who he claimed had not left any chance to 'murder' democracy, must resign.

Nirupam had Saturday organised a protest against the May 17 decision of Vala to invite the BJP's BS Yeddyurappa to form the government in neighbouring Karnataka.

The two-day-old BJP government in Karnataka had collapsed on Saturday, minutes before the scheduled trust vote, with chief minister B S Yeddyurappa resigning.

Among those who attended Saturday's protest was state Congress president Ashok Chavan.

"There are three states, Goa, Manipur and Meghalaya, where the Congress emerged as the single largest party after Assembly polls there. In these states, the Congress wasn't invited to form the government. But the BJP and RSS-biased governor invited the post-poll alliance of BJP to form a government," he said.

He said that the BJP had the largest number of seats in the Karnataka Legislative Assembly but only the Congress-Janata Dal (Secular) alliance had the numbers to form the government.

"Why is the BJP not accepting its defeat? Why are they twisting and turning the Constitution of India and murdering our democracy," he questioned.