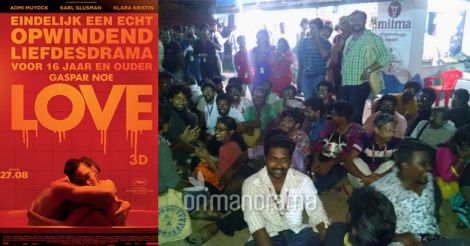 Poster of the movie 'Love' and crowd at Nishagandhi. Photo: Vishnuprasad S Pillai

International Film Festival of Kerala is hailed for a bunch of good reasons, right from the quality of the films and the high-level sensibility of the delegates who flock the capital city as if they are on an annual pilgrimage. Yet when it comes to the question -'what's hot this time' - the crowd becomes just that, may be too much 'passionate' about the art of 'show'.

Those who are doubtful, just ask someone about the ruckus the delegates created in front of Nishagandhi auditorium just to get a glimpse of Gaspar Noe's Love, the 'hottest' topic of all the film carnivals across the world this year. 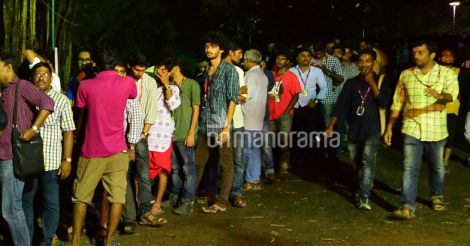 The news may remind one of the 1997 IFFK where the delegates had literally gatecrashed into the main venue of Kairali theatre where Deepa Mehta's controversial film Fire was being screened. The delegates' temptation to watch Mehta's daring film which discussed the theme of female homosexuality and starred Nanditha Das and Shabana Azmi in the leads was so irresistible that it cost the government-run theatre a decent amount for maintenance. 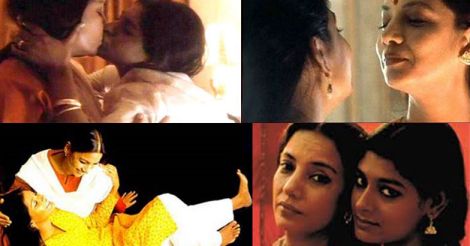 No, the crowd can't be blamed provided Internet was still Greek to the masses of the then Kerala.

The rush for a glance of Love which is all about falling in love and making love is not a phenomenon that is peculiar to Kerala. Even in the Cannes, dubbed as the paradise of those who are seriously into the business of film, the crowd was nothing but curious. And in Goa, where this correspondent was blessed with a ticket for the film, saw hundreds forming themselves into a zigzag under hot sun in front of Kala Akademy, the largest venue of IFFI. The film had a repeat screening there at midnight which also drew a houseful.

One may also remember that Danish film Nymphomaniac caused a similar situation in Goa last year when delegates who could not find a seat for the film with the luring title, staged a protest and barged into media room. And in last IFFK, it was Ukranian Tribe that forced some of the delegates to forget civilities and stay back at theatres even after the previous film to ensure a seat. 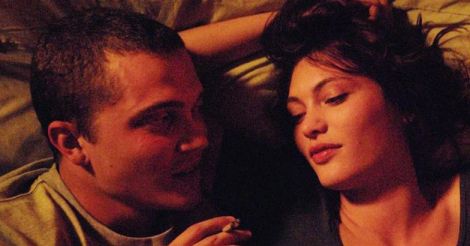 A still from the movie 'Love'

Love has been slated for a repeat in Thiruvananthapuram also. Now the biggest mercy the volunteers could do is to keep an eye to stop the second-timers from denying entry for those who missed the chance on Thursday night.