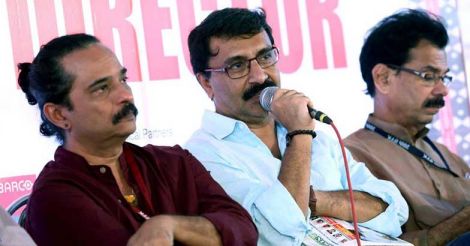 Jayaraj and VK Prakash at 'Meet the Director' session

Thiruvananthapuram: Malayalam director V.K. Prakash, whose film Nirnayakam featuring in IFFK while having his commercial flick Rockstar running in theatres, said that there is need to bring a law or regulation to make sure a film gets its due attention.

"People were applauding my film Nirnayakam here, while it barely showed for a week in theatres when it was released," the director said. "We need to have a rule, like in the Marathi industry, where a film should be shown at a theatre for at least a week."

He was speaking at the 'Meet the Press' at the International Film Festival of Kerala (IFFK) on Monday.