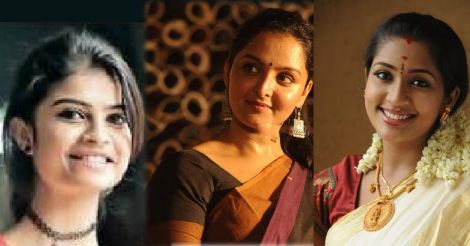 K M Abhirami, winner of the Manorama gold medal at the state youth festival held in Kozhikode in 2015, will face the movie camera the day she leaves the youth festival stage in Thrissur. Her debut movie 'Airavatham' starts rolling on the day curtains come down on the festival.

Abhirami, a Plus 1 student at the Crossroads HSS at Pampady, Kottayam, was invited to work in the movie after producer Rajeevan Sreeragam was impressed by her Dubsmash. Director Abhikrishna also makes his debut with the project.

Abhirami was a student of Kothala NSS High School when she won the Manorama gold medal. She had won first prizes at the festival for Bharatanatyam and Ottanthullal. This year she is contesting only in the Kathakali group item for HSS students.

Abhirami began her training in dancing at the age of four. Her father K S Manoj Kumar works at a toddy shop in Pampady. Mother Maya, brother Abhijith.

Read: Kalolsavam news | Are you around Kalolsavam venues? Beware of what you eat