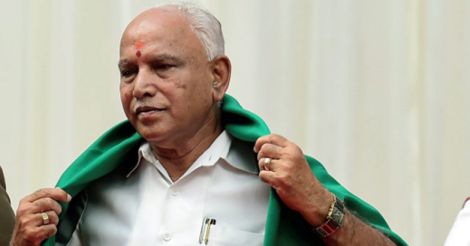 Bengaluru: Karnataka's chief minister for two days BS Yeddyurappa has said he will submit his resignation to the governor immediately. He made the announcement at the end of an emotionally charged speech in the Vidhana Soudha, minutes ahead of the crucial trust vote.

Though exuding confidence about winning the trust vote, as the D-day loomed he failed to muster support of 7 additional MLAs required to ensure the longevity of his government.

"I am going to resign as chief minister....I will go to Raj Bhavan and submit my resignation.

"I will not face confidence vote....I am going to resign," he told the Assembly at the end of a brief emotional speech, and headed straight to the Raj Bhavan where he handed over his resignation to governor Vajubhai Vala.

The 75-year-old Lingayat stalwart's resignation will pave the way for formation of a government led by JD(S) state chief H D Kumaraswamy, who has the backing of the Congress. The newly formed alliance has claimed support of 117 MLAs in the 224-member House with an effective strength of 221.

The political instability in the state stemmed from a split verdict the electorate gave on May 15, with the BJP emerging as the single-largest party but falling short of a majority. 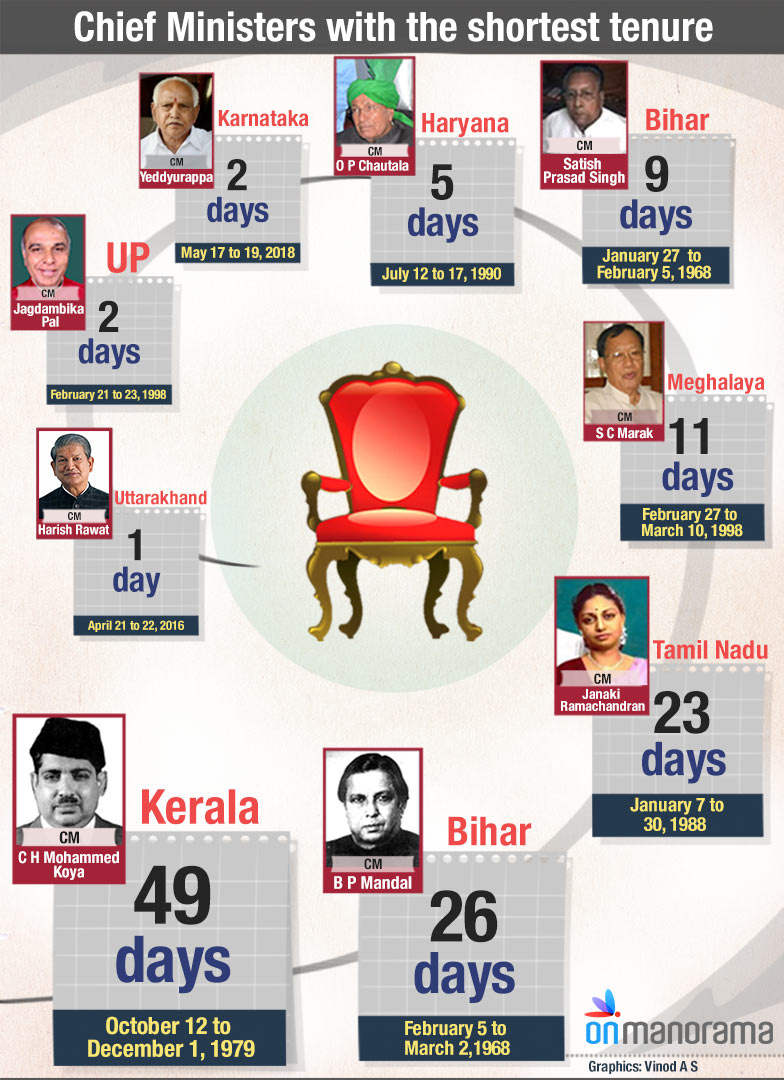 The Congress, which finished second with 78 seats, moved swiftly and stitched an alliance with 37-member JD(S), and even backed its leader H D Kumaraswamy for chief ministership, plunging the state into a welter of confusion, with accusations of bribery and poaching flying thick and fast.

Amid allegations of poaching attempts by the BJP, the Congress herded its MLAs at a resort outside Bengaluru, while those of the JD(S) hunkered down in a hotel in the state capital.

They were later shifted to a hotel in Hyderabad and returned only after the Supreme Court on Friday ordered a floor test on a Congress-JD(S) petition.

As things grew murkier, the Congress released audio tape where chief minister B S Yeddyurappa was purportedly heard trying to lure an MLA with the promise of a ministerial berth if he backed the BJP government during the trust vote.

There were allegations that Congress MLA Anand Singh was "abducted" by the BJP, but he turned up at the Vidhana Sauda minutes before Yeddyurappa began his speech. He was seen shaking hands with fellow Congress members and then sat with them.

An emotional Yeddyurappa gave enough indications of his resignation during his speech when he said,"I have seen the struggle of farmers, gave land to them, wiped their tears. I wanted to waive their loans up to Rs 1 lakh...but..."

He recalled his struggles as a politician, and said how he helped build the party, which once had just two MLAs. Now it has 104, he said.

"I went to the houses of poor, stayed with them. I have faced trial by fire all my life, but I will serve my people till my last breath," Yeddyurappa said, his voice choking as he fought back tears.

Regaining composure, Yeddyurappa said he would now travel across Karnataka and ensure the party won all 28 seats of the state in the Lok Sabha elections and 156 in the next Assembly polls.

The 8-term MLA and twice an MP, Yeddyurappa then announced his decision to step down.

Senior Congress leader Ghulam Nabi Azad, who along with several top party leaders were present during the floor test, thanked the judiciary for preventing "horse-trading" and "protecting the Constitution, democracy and rule of law".

Azad said the governor gave 15 days time to Yeddyurappa as he was convinced he lacked the support of MLAs required to clear the floor test. "The governor gave them two weeks for breaking our parties....for horse-trading," he said.

He said the alliance was now waiting for an invitation from the governor to form the government.

It was Yeddyurappa's shortest stint in power. He became the chief minister for the first time for seven days in 2007, but his government collapsed as the JD(S) reneged on honouring a power sharing arrangement and withdrew support.

He became the chief minister for a second time when the BJP formed its first government in Karnataka in 2008. Yeddyurappa was at the helm of the state for over three years before he was made to quit following indictment by the Lokayukta in an alleged mining scam.

Prime minister Atal Bihari Vajpayee had quit in a similar fashion in 1996 after being in power for 13 days.