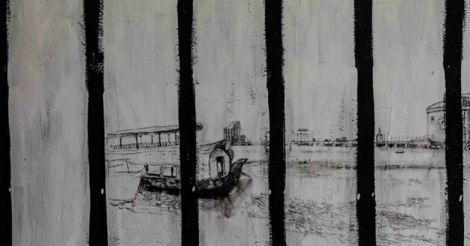 Thiruvananthapuram: A group of eminent persons led by renowned film director Adoor Gopalakrishnan has expressed disappointment over non inclusion of financial aid for Kochi Muziris Biennale on contemporary art in the 2015-16 state budget.

The Biennale has made a significant media impact within India and internationally and the event regularly features in industry and media round ups as the 'most innovative' and 'must see' cultural festival in Asia.

"We believe that this exceptional achievement of the Kochi-Muziris Biennale deserves generous support from the Government. Any withdrawal or slowdown in Government support will hamper the effective and timely running of the Biennale', they said and urged the state Government to revisit the 2015-16 Budget proposal and extend substantial financial support to Kochi Biennale Foundation.

The Biennale had put Kochi and Kerala on the global cultural map and had created a sustainable platform for long-term cultural discourse and engagement in Kerala.

While the first edition of KMB saw nearly four lakh visitors, the ongoing second edition will come to a close on March 29 after welcoming close to five lakh visitors.

"We understand that the social reality in which we operate is marked by contradictions and can be studied only by the comprehension of these contradictions. Biennials have a public nature. They move outside galleries and museums into larger and complex public spaces and bring art to the public provoking in society new questions and new sensibilities".

India's first Biennale could not have been elsewhere. Kochi has been home to a number of different communities both within and outside India for centuries now. This cosmopolitanism of Kochi derives from its continuity with the ancient port city of Muziris, today covered and preserved by mud and mythology, they said.

Kerala's history of public action and engagement through art also affirm the located nature of KMB. It is these legacies rather than the presence of art markets like in Mumbai or Delhi that Kochi-Muziris Biennale seeks to inherit and that needs to be supported by Kerala government, they said in a statement.