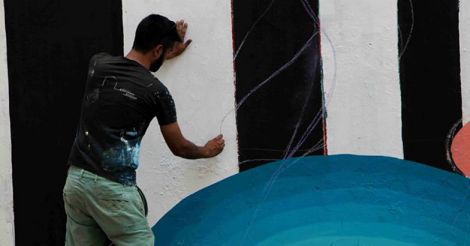 An artist working ahead of the Kochi Muziris Biennale. Photo: Official Facebook page

Kochi: Curtains will go up on Friday on the second edition of art extravaganza 'Kochi Muziris Biennale' which will see works of 94 artists from the world over, including that of Yoko Ono, wife of late Beetle star John Lennon, being showcased at different venues.

'Whorled Explorations' featuring 100 artworks by 94 artists across India and abroad is the central exhibition of the 108-day extravaganza which also revels in parallel shows hosting the ancient country's traditional yet evolving music, dance, percussion, theatre and ballet besides cinema a series of seminars and lectures by scholars around the globe.

While Yoko Ono is not coming here, her work 'Earth Piece: Listen to the sound of the earth turning', one of her instruction pieces, first published in 1964 in Grapefruit- an artists book of instructions pieces and later released as a limited edition of signed post cards, will be on display. Ono's exhibit at the Biennale consists of reproductions of this legendary postcard.

Biennale organisers, who are facing a huge funds crunch, have taken the crowd funding route to raise about Rs 15 crore.

The Kochi Biennale Foundation (KBF), organising the event relies on both governmental and private funding, has maintained they have received only Rs two crore as government funding against the promised amount equivalent to that of last edition. In the last Biennale, held two years ago, the government had sanctioned Rs 9 crore for the event.

The era heralded an age of exchange, conquests, coercive trading and colonialism, animating the early process of globalisation.

"This drama of search, seduction and subjugation decisively altered the cartography of the planet. Within the shifting geography were sharp turns in history where we find in an embryonic form, several of the themes we inherit in our world today," Kallat said.

This region was also a place of great flurry in astronomy, mathematics and trigonometry, he said, adding that 'Whorled Explorations' was conceived as a temporary observation deck hoisted at Kochi.

The exhibition draws upon a wide glossary of signs from this legendary maritime gateway to bring together sensory and conceptual propositions that map our world referencing history, geography, cosmology, time, space, dreams and myths.

Gigantic as well as tiny works of site-specific art across genres such as installation, painting and sculpting are in different stages of completion at the galleries.

Most of these are seaside complexes that had functioned as storage houses and were left unused before KBF found heritage buildings such as Aspinwall House, Pepper House and David Hall as ideal locales in West Kochi, besides Durbar Hall, in the heart of the city.

Among the works depicted at the Aspinwall House are of Charles and Ray Eames, who made 'Powers of Ten', a film essay on the relative scale of things based on the 1958 book 'Cosmic View-The Universe in 40 Jumps' and 'Undercurrent' of Mona Hatoum, who is from Beirut and now lives in Germany and UK. Her work is a circular arrangement of light bulbs and interwoven wires on the floor. The throbbing lights warn of danger – of landmines perhaps or snaking streams of lava.

Artists from across the globe

Baroda-based artist Nataraj Sharma in his 'Alternate Shapes of Earth' installation, conceived in the aftermath of the 2002 Gujrat riots, recasts planet Earth in shapes other than the sphere all arranged on rotatable sculpting stands. 'Celestial works in progress', as he calls.

Bengaluru-based artist Shanthamani Muddaiah's 'Backbone', a sculptural installation in the shape of a large spinal column, Delhi-based artist Giji Scaria from Kottayam with his unique installation of a 13-feet high steel bell weighing 2.5 tonnes titled 'Chronicle of the shore foretold' also vie for attention among the exhibits. 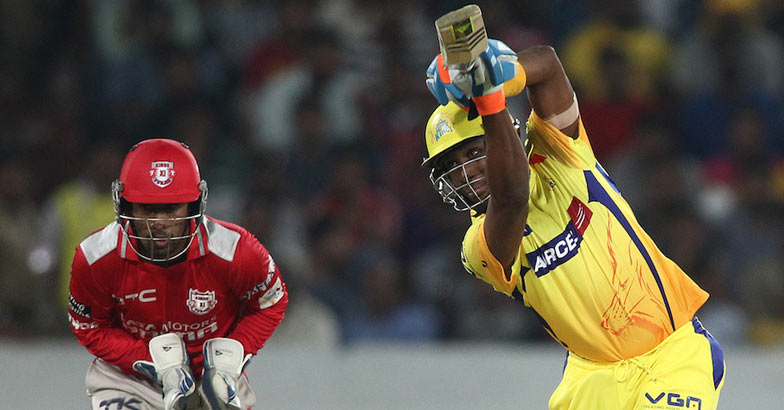