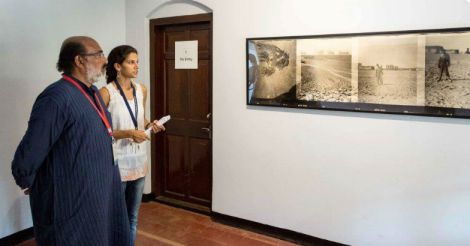 Kochi: The Kochi Muziris Biennale (KMB) looks set to fetch Kerala returns that could well outweigh the financial investment put in by the state government, according to former ministers Thomas Isaac and M A Baby, who were instrumental in getting the first edition off the ground.

“My key interest in the biennale is from an economic perspective,” said former finance minister Isaac, who allotted a fund to the debut 2012 edition. “In terms of tourism, which is a growing industry in the state, the focus that the KMB brings can outdistance the money that the government spends in advertisements in the national and international media.”

Isaac spent a couple of hours yesterday touring the Aspinwall venue, where he appreciated the works of Chinese artist Xu Bing and Japanese artist Ryota Kuwakubo. “We have to raise Kochi, which is our metro to global standards,” said the CPM legislator. “It is important to have the recreational and cultural facilities which are available in major cities and the biennale fits the requirement. It could locate Kochi on the world cultural map.” 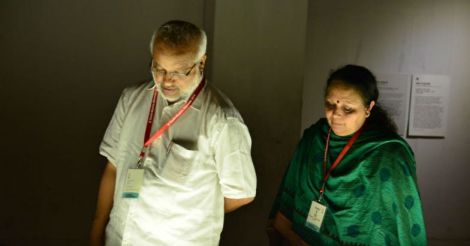 The KMB germinated from a five-year-old discussion between reputed artists Bose Krishnamachari and Riyas Komu besides Baby, who was then culture minister. “Kerala needed an intervention into art,” said Baby, who was at the biennale today on a personal visit with wife Betty. “It is a proud moment to see young and experienced Malayali artists, from C Unnikrishnan, to Madhusudhanan and Namboodiri, exhibit here, and in the case of the former two, also to be selected to international biennales.”

The CPM MLA from Kundara near Kollam noted today that it was a priority to make the KMB financially stable. “The fact that the biennale wants for capital demonstrates a deficit in our interest in art,” he said. “It is an exemplary show that needs the support of not just the government, but corporate houses and society.”