Other Stories in Straight Talk
prev
next
next 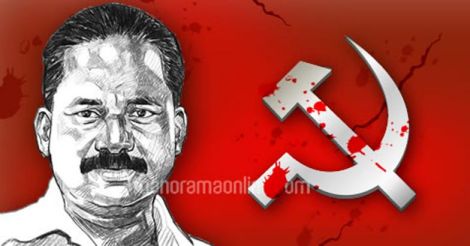 V.S. Achuthanandan’s note to the CPM leadership underlines what the Revolutionary Marxist Party has been saying about the role of the CPM and its state leadership in the murder of T.P. Chandrasekharan. Achuthanandan has also revealed a few facts in his letter. He said the compromise talks he initiated with estranged comrades at Onchiyam three months after the formation of RMP was at the behest of the CPM. He had not said this so far.

Pinarayi Vijayan is unlikely to moot such a suggestion. Perhaps Achuthanandan was acting under the authority of the party’s state committee. That explains why Vijayan tried to scuttle the compromise talks by repeatedly calling RMP members as defectors. The politics propounded by RMP and T.P. Chandrasekharan was against Vijayan. Chandrasekharan and others revealed Vijayan’s right-wing deviations and anti-party activities. There is no other reason for Vijayan to nurse a personal grudge so strong as to eliminate Chandrasekharan.

Achuthanandan’s letter also makes it clear that the CPM had not formed a commission to enquire into the murder. Such a commission would definitely have met Achuthanandan to collect evidence. No such thing has happened.

The actions of Vijayan and other state leaders suggest that the party has so many things to hide in connection with the murder. Party leaders were trying to prevent any revelations when they visited P.K. Kunjananthan, Trouser Manoj and K.C. Ramachandran in jail and consoled seven members of the killer gang.

Achuthanandan’s statement that someone is afraid of the accused opening up is nothing but the truth. P. Mohanan was given the post of the party’s Kozhikode district secretary and Kunjananthan was retained in the area committee because somebody is afraid of the things they could say. Kunjanandan was so honoured that his message was read out in the area conference.

Chandrasekharan was carrying the torch lit by Achuthanandan. He quit the party when it became impossible for him to follow those ideals in the party.

The investigating team should make Achuthanandan the prime witness in the Chandrasekharan murder case based on his letter to the party leadership. The letter should be obtained as evidence. Othewise it could be destroyed. The investigating team should interrogate Vijayan on the basis of Achuthanandan’s letter. That letter is sure to be left out of the conference report as it has been rejected by the state committee.

It is foolish on the part of Achuthanandan to think he can correct the party from within. He should realise that his credibility is at stake when he changes his stands to suit changing circumstances. During the Lok Sabha elections and the party elections, he has backtracked from his earlier statements about the Chandrasekharan murder case. Now he has pointed to the same facts in his letter. He should be brave enough to form a people’s alternative rather than wasting time writing letters to the party leadership.

Achuthanandan should harbor no illusions that this leadership would be willing to correct itself.