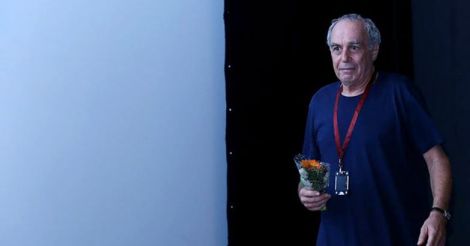 Thiruvananthapuram: A four-member international jury headed by acclaimed Brazilian filmmaker Julio Bressane will decide the winner of the Suvarna Chakoram (Golden Crow Pheasant), the top prize of the 20th International Film Festival of Kerala and other honours on Friday.

The Audience Prize will be given to the director of the film voted by the festival delegates as the Best Entry in Competition section.

Two other juries -- the FIPRESCI or the International Federation of Film Critics and the NETPAC or the Network for the Promotion of Asian Cinema -- will present their awards for the Best Film and Best Asian Film respectively.

Fourteen films representing 11 countries, including four from India, are in the race for the top honours.

The other films are "Bopem" by Zhanna Issabayeva (Kazakhstan), "Clarisse or Something About Us" by Petrus Cariry (Brazil), "Entanglement" by Tunc Davut (Turkey), "Immortal" by Hadi Mohaghegh (Iran), "Jalal's Story" by Abu Shahed Emon (Bangladesh), "Murder in Pacot" by Raoul Peck (Haiti), "Shadow Behind the Moon" by Jun Robles Lana (Philippines), "The Black Hen" (Kalo Pothi) by Min Bahadur Bham ( Nepal), "The Project of the Century" by Carlos Machado Quintela (Argentina), and "Yona" by Nir Bergman (Israel).

The international jury for the competition section include celebrated Indian director Jhanu Barua, Nadia Dresti, the Head of International of the Locarno Film Festival and member of Switzerland's Federal Commission for Cinema, and Maxine Williamson, the Film Director of the Brisbane Asia Pacific Film Festival.