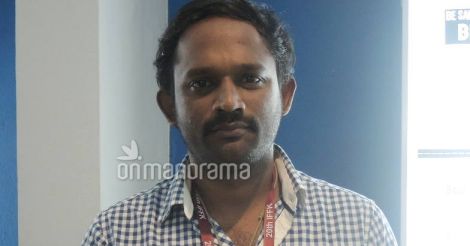 Director Manikandan, who had a busy time last year collecting awards and accolades for his film, Kakka Muttai, is on his maiden visit to IFFK for the screening of his next outing, Kutrame Thandanai (Crime is punishment). On a chat with Onmanorama, he revealed his appreciation for the sensibilities of the audience in Kerala.

A successful run in Kerala

Kerala had genuine appreciation for Kakka Muttai despite the fact that many theatres here had lesser people watching the movie. The vibes that the movie-goers collectively gave out showed their appreciation for a good movies that don’t rely on heavy promotional activities.

“I had a premonition about this; the film enthusiasts of Kerala take to films like Kakka Muttai. I had trusted them to appreciate the many elements that are weaved into the story, and they did. It made me very happy,” said Manikandan.

The movie had premièred in the Mumbai film festival. The reception at IFFK, although, was very warm; it was more than what I had expected.

I’m yet to get a hang of the event, since this is my first visit.