Other Stories in National Scrutiny
prev
next
next 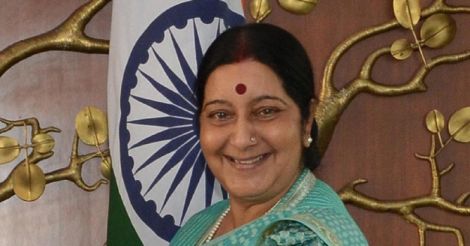 Politics is a vocal profession and politicians seldom miss a chance to talk big. The NDA government’s two years in office was reason enough for prime minister Narendra Modi and BJP president Amit Shah to blow its trumpet. The BJP’s impressive performance in the Assam assembly polls added to the excitement.

The ministers and party office-bearers were called upon to address public meetings in all state capitals and to interact with the media. Modi himself led the PR drive with a massive rally at Saharanpur in Uttar Pradesh.

However, there was one minister who was conspicuously absent from all the promotional campaigns. External affairs minister Sushma Swaraj refused to interact with the media, even though several media surveys had voted her as one among the best ministers in the Union cabinet.

Her office informed the party president’s office that she was not keen on giving interviews or calling a press conference to list out her achievements. Swaraj’s distancing from the media started about four years ago, when she was the high-profile Opposition Leader in the Lok Sabha. She took a vow that she would cut down her interactions with the media. She had reasons to be annoyed. Reports in some sections of the media cast a poor light on her personality. She suspected that her rivals within the party were planting stories against her in the media.

Swaraj’s decision was surprising to her many friends in the media. She had been extremely media-friendly since her debut in politics during the Emergency.

As Union minister and party spokeswoman, however, she adopted an extreme policy of aloofness, with striking similarities to J. Jayalalithaa and Mayavati. Swaraj had a large circle of friends in the media but she told them with a smile that they were welcome for a cup of tea but not for any questions.

On the day Modi completed two years in the PMO, Shah organised a three-hour interaction with editors and reporters covering the BJP at a five-star hotel. He wanted half a dozen senior ministers to join the interaction. Commerce Minister Nirmala Seetharaman made a presentation on the achievements of the government. Finance Minister Arun Jaitley, Defence Minister Manohar Parrikar, Urban Development Minister Venkaiah Naidu and Railways Minister Suresh Prabhu happily joined the party, while Home Minister Rajnath Singh and Swaraj stayed away. Singh, for his part, was freely available for interviews elsewhere. Sushma Swaraj remained inaccessible.

The minister's supporters say the media aloofness has actually won her more support and admiration, as she was very quick in responding to crisis situations though social media posts.

She also articulates her policy through carefully prepared speeches, with little chance of selective quoting. She also maintains silence on subjects unconnected with her ministry or related to national politics.

Her critics call her an agony aunt -- who responds promptly to Indians stranded abroad or to foreigners hit by violence in India. The same qualities have earned her a large following on social media, judging by the flurry of appreciative comments for her actions.

The only time she meets a large number of journalists is at the annual lunch hosted by the foreign ministry for senior diplomats and journalists.

Even the Prime Minister has met several groups of journalists for off-the-record briefings, but Swaraj thinks otherwise. She is convinced that her policy of silence has actually benefited her career.