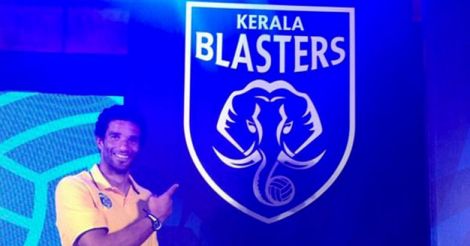 Mumbai: What do David James and Ian Hume take back with them to their homeland? The stars who have been the heart and soul of Kerala Blasters have an almost similar answer - the love of Keralites.

As the duo return after spending more than three months with the Blasters, the affection of Keralites have weaved a nest in their minds at varying levels.

Hume, the Canadian forward who is referred to by Keralites as ‘Humettan’ (brother Hume) is all set to emote the affection of the fans here for his family back home. Hume’s account begins with awestruck Blasters fans approaching him on the roads and shopping malls in Kochi. They would come before him and bow a little. This is followed by a look of wonder. 'Is it indeed The Hume?' Then they ask questions and make gestures which floor Hume, followed by requests to pose for a photo.

The Canadian has framed in his mind the picture of this request done with a bent index finger. That will be his memento for his wife and kids. Still, he is clueless as to why the finger bends that way. Bending the body could come from a show of respect, he says. Hume also loved the friendly invites to tea.

James loves Keralites. But it is the special dealings of the Thrissur folks which endeared them to him the most. The initial days of the Blasters camp were spent in Thrissur. The players’ pictures had not prominently appeared in the papers back then. But locals noticed him when he went on casual strolls. Some of them who had a grasp of English ventured closer. They shot some questions at him. Frowning and using sign language as usual, James used his head and eyes to reply: “Yes, what do you need?” But the Thrissur folks were in no mood to let go. “What’s programme? Basketball?”

The question was triggered by James’s six-foot four-inch frame. When informed that he was there to play football, another query props up: “Sevens?” The crowd swelled when he told them that he had come with a team called Kerala Blasters. Then they started coming to watch the team train. Things got more interesting as the ISL was about to begin. People started coming up to him to shake his hand and convey “best of luck”. That is how, says James, the thought arose in him that he must thank IM Vijayan’s home folks with victory in the tournament.