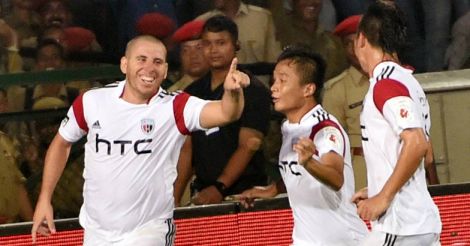 The former Marseille frontman struck on the stroke of the break in the 45th minute with a snap angular right-footer that beat former England custodian David James, manning the Blasters bar.

NorthEast could have gone ahead in the 33rd minute when a 30-yard pile-driver from Durga Boro was brilliantly saved by an airborne James. Boro unleashed a lethal punch with his outstep and James dived full stretch to keep the home team at bay despite the vociferous support from the partisan capacity crowd at the Indira Gandhi Stadium. 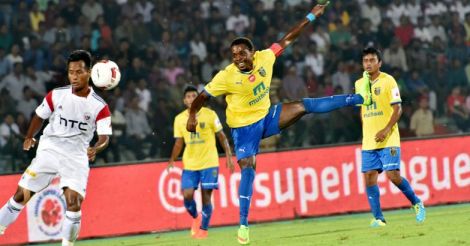 With support of Tendulkar from the stands, Blasters could have got the lead, but an Iain Hume goal was ruled off-side by the referee.

It was Jamie McAllister, who dropped in a beautiful assist on the left flank for Stephen Pearson, whose assist saw Hume tap in the ball, but referee ruled it off-side.

It was the 'Yellow Brigade' coached by Trevor Morgan, who were on the ascendancy during the better part of the 30 minutes, but former East Bengal playmaker Penn Orji and current Mohun Bagan striker C.S. Sabeeth could not provide the team with decisive result.