Kolkata: Proclaimed a game-changer and perhaps the most star-studded event ever in the history of Indian football, featuring retired giants of the game, the ISL will kick off here on Sunday aiming to give a fresh lease of life to the global sport in a country which has been called a "sleeping giant" by FIFA.

Ranked 158th in the world, Indian football is not exactly in the pink of health, but with a bit of help from former World Cup winners, some big Bollywood stars and a dash of cricket to it, the Indian Super League (ISL) would be looking to draw the fans and raise the profile of the 'beautiful game' in a nation obsessed with cricket.

The tournament features five World Cup winners and Brazilian legend Zico, as coach, and that has been the one big factor in generating the buzz around the glitzy league.

All the marquee players are past their prime and are discards of European leagues -- David James of Kerala Blasters is the oldest at 44 -- but the event has generated worldwide attention.

Add to this the host of Bollywood celebrities, Indian cricketers -- including the iconic Sachin Tendulkar -- and business magnates who have co-owned various teams, and it appears to have all the ingredients needed for a blockbuster recipe.

There are, however, detractors who have questioned how the Indian footballers will benefit from the 10-week league which has a six-five foreigners-domestic ratio and whether the new teams will able to gain fan bases like the traditional powerhouses East Bengal, Mohun Bagan or the Goan and North-East clubs.

A grand Bollywood-style opening ceremony is planned ahead of the inaugural match-up between city franchise Atletico de Kolkata and Mumbai City FC.

The league will then spread to seven other centres of Guwahati, Kochi, Fatorda, Pune, Chennai Mumbai and Delhi before the final on December 20.

On paper, the Ranbir Kapoor co-owned Mumbai City FC appear to be the heavyweights with the mercurial Frenchman Nicolas Anelka and Swede Fredrik Ljungberg along with acclaimed domestic players like India's No 1 goalkeeper Subrata Pal, experienced side-back Syed Rahim Nabi and the spirited medio Lalrindika Ralte.

Mumbai City FC have some English flavour in the coaching staff with former Manchester City and Sunderland manager Peter Reid and his deputy Stee Darby, a relatively known figure in domestic football.

But not always the high profile players make a good team and this is where the stout Reid will chip in to make this a perfect unit. 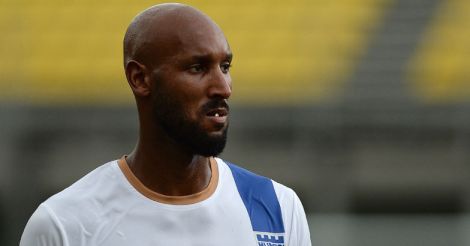 Both Anelka, who was handed a five-match ban by the Football Association after the 35-year-old made the controversial 'quenelle' gesture in December while playing for West Bromwich Albion in the English Premier League, is set to miss the opening tie. Ljungberg will also be warming the benches as he is recovering from a calf-muscle injury.

The duo's likely absence will give Atletico de Kolkata a definite advantage, but only time would say how the side, with a distinctive Spanish flavour, would do.

In ex-Liverpool star Luis Garcia and La Liga journeymen Borja Fernndez and Jofre Mateu and manager Antonio Lpez Habas, who took charge of Bolivia and Valencia among others before coaching in South Africa, the team looks Spanish.

They would be playing alongside Indian players such as Sanju Pradhan, Arnab Mondal, Cavin Lobo Baljit Sahni and Cimax Lawrence.

Kolkata will have a rotation policy with four captains in the ranks -- Sanju being the only Indian in that quartet -- and it remains to be seen how they fare among the seven other franchises who have World Cup winning stars.

Kolkata are fresh from their month-long training in Spain which was organised by their La Liga partners Atletico Madrid and will look to gain fans in a city that's known for their huge support to local clubs East Bengal, Mohun Bagan and Mohammedan Sporting.

Apart from Mumbai, FC Goa too is highly decorated with Arsenal and France luminary Robert Emmanuel Pires and Brazilian legend Zico, the most decorated marquee manager who has taken up the role after leaving Qatari side Al-Gharafa.

The 40-year-old Pires is best known for winning three FA Cups and two Premier League titles including the club's unbeaten season of 200304.

Goa and NorthEast United FC of Guwahati are the only teams in the ISL to have avoided the domestic players draft and the two teams with huge fan base would be the ones to watch out for.

With the likes of promising Alwyn George, a two-time FPAI Young Player of the Year winner along with Cliford Miranda, and Ranti Martins the proven performers in India, Goa FC look highly promising.

North-East United FC have 36-year-old Spanish World Cup winner in Joan Capdevilla as their marquee player. The left-back was part of their World Cup triumph in 2010 and they also have highly accomplished Greek goalkeeper Alexsandros Tzorvas, Zambian Africa Cup of Nations winner Isaac Chansa and will be managed by New Zealander Ricki Herbert. 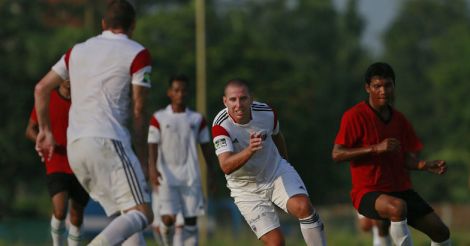 With ardent football lover and Bollywood heartthrob John Abraham as the team owner, the Guwahati franchise will look to woo the crowd and take the sport to another level in the region.

Delhi Dynamos too are one of the most talked about franchise after their signing of Italian World Cup winner Alessandro Del Piero.

The 39-year-old former Italian captain was part of their triumphant campaign in 2006 and it was his third and last Cup appearance.

Like Kolkata, Delhi have a link to a big European club - Feyenoord, and they will have 33-year old Danish forward Mads Junker who is in top form along with compatriot Morten Skoubu and world's tallest goalkeeper at six feet 10 inches Kristof Van Hout.

Among the Indian mix, Shylo Malsawmtluanga of Mizoram looks promising having played many I-League matches for East Bengal, Mohun Bagan and Salgaocar.

FC Pune City have French World Cup winner David Trezeguet as their marquee signing. The 36-year-old, who was part of their 1998 triumph, is perhaps most famous for scoring the golden goal in the Euro 2000 final against Italy, which gave France a 2-1 win in extra time and missing his penalty in the 2006 FIFA World Cup Final.

He is likely to be as prolific as he has ever been in a career that most recently took him to Argentina, where he grew up, for spells at River Plate and Newell's Old Boys.

They will also have veteran Italian Bruno Cirillo and former Greece captain Kostas Katsouranis who will be the playmaker. East Bengal's Nigerian player Dudu Omagbemi will look to gel well with the team.

Italian defender Marco Materazzi, who hit the headlines after being head-butted by Zinedine Zidane during the 2006 World Cup final, will be the fifth Cup winner in the ISL.

The 41-year-old Italian defender will don the role of marquee manager and will also be a player of Chennaiyin FC.

Chennai franchise have marquee player Elano Blumer and also have French star Mikael Silvestre, who has experience in Manchester United and Arsenal, and Bojan Djordjic. Among the Indians, the team features Abhijit Mondal, Shilton Paul, Balwant Singh among others.

At 44, David James, the marquee player of Kerala Blasters is the oldest in the league and will play a player-manager role like Materazzi. 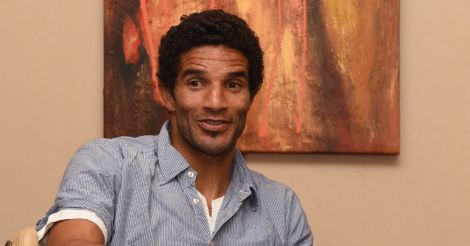 The 6-feet, 4-inch tall goalkeeper is third on the list of all-time Premier League appearances, having played in 536 games at the top-level. James also holds the Premier League record for most clean sheets, 173. In 2010, at the age of 39, he became the oldest goalkeeper to appear in the FA Cup Final.

The team co-owned by Tendulkar will be the only team to have some distinctive Indian flavour.

Marquee signing Michael Chopra would have fitness concerns and seasoned Indian players like Mehtab Hossain, Nirmal Chhetri and Renedy Singh would be their high hopes in the absence of big foreign names.

The team will also look up to Englishman Trevor James Morgan who is back after his successful East Bengal stint.

Among the top Indian names who would miss out from the ISL are captain Sunil Chhetri after I-League champions Bengaluru FC did not allow any of their players to participate in the event.

Going by the team composition -- six compared to three plus one Asian quota in I-League -- it appears that the foreigners are all set to rule the roost in the ISL.