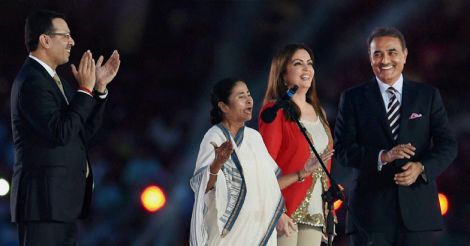 Earlier, it had been decided that Banerjee would declare the league open.

The declaration, which was at the end of 45-minute-long star-studded opening ceremony, was followed by a round of dazzling fireworks in the sky.

Mamata, however, appeared on the stage before the opening ceremony and thanked the organisers for choosing Kolkata for the inaugural game.