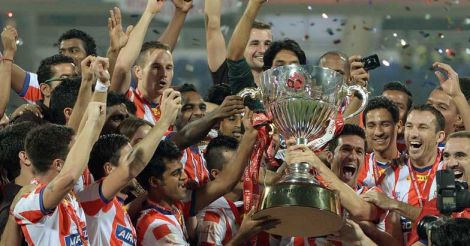 Mumbai: The Indian Super League trophy will go to the traditional and most passionate home of Indian football as Atletico de Kolkata edged past Kerala Blasters 1-0 in the final here on Saturday, bringing the curtains down on what proved to be a successful inaugural event.

It was an exciting finish to the new league as the two teams battled it out for 90 minutes before Rafique found the target in the fourth minute of added time.

Just when it looked like the match would enter into extra time, substitute Rafique drove a header home in the last minute of the stoppage time off a corner kick by Jakub Podany.

Rafique, who came on in the 74th minute, slotted it to the left bottom corner leaving Sushanth Matthew, Sandesh Jhingan and Kerala goalkeeper David James shocked. 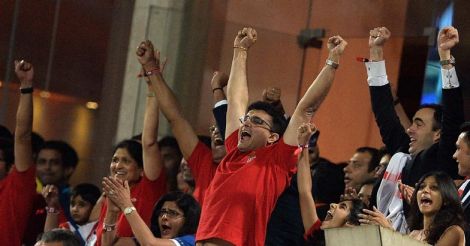 Even though Rafique starred with his deciding goal, custodian Edel Bete was the hero for Atletico de Kolkata with his sensational saves.

The southern outfit started well as they created a good chance in the fifth minute. Former Newcastle United striker Michael Chopra and Iain Hume played well to enter the box, but Josemi cleared the ball with a tackle to deny them an opportunity to go one up.

The Sourav Ganguly co-owned ATK had a chance in the 25th minute when Arnal Llibert sent the ball through to Mohammed Rafi, but Nirmal Chettri made a last-ditch tackle to deny the forward from entering the box.

Chettri earned a yellow card for his wild tackle, but Podany's free-kick from just over 20m sailed over the post.

Llibert tried to slide the ball past Kerala Blasters' marquee player-cum manager James in the 35th minute, but the English shot-stopper showed great reflexes and blocked the shot with an acrobatic effort.

Two minutes later, the Sachin Tendulkar co-owned Kerala Blasters had the opportunity to take the lead when Chopra was clipped by Ofentse Nato while trying to go for the goal.

It earned his side a free-kick, but Hume's superb shot was saved by a brilliant effort by Bete.

Starting the second half the Kerala outfit created a couple of good scoring chances. Stephen Pearson tried to cross the ball off Ishfaq Ahmed's pass, but Bete pouched it with a good dive.

Ishfaq then, a minute later, made a terrific run to pass the ball inside the box, but Pearson's shot was wide off the post.

Kerala created another chance in the 52nd minute when Chopra tried to steer Hume's volley, but ATK's custodian pulled out another great save to maintain a clean sheet.

Three minutes later, Chopra combined well with Forcado to feed the ball to Hume, but the Scottish-born Canadian Hume delayed taking a shot and allowed the ATK defenders to push the ball away. 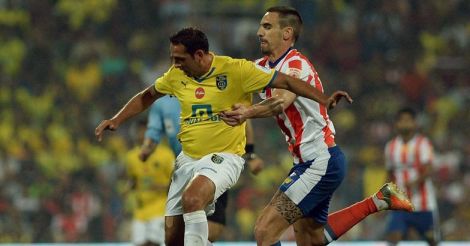 It clearly wasn't Chopra's night. He missed a sitter in the 83rd minute after doing all the requisite hard work. Collecting the ball from Hume, he took a couple of touches to edge past the defenders, but Bete dived to the left to pull off another stunning save.

Kolkata skipper Luis Garcia started on the bench and Spanish forward Arnal Llibert was drafted in his place in the playing 11. 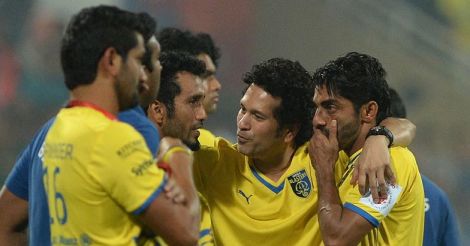 The Hero of the League award went to Blasters' Hume, while the Golden Boot was won by Chennaiyin FC's Brazilian recruit Elano Blumer. Sandesh Jinghan of Blasters was named Emerging Player of the League while scorer of the title clash, Rafique was declared Hero of the Match.

Both the team owners, Ganguly and Tendulkar, came to cheer their teams along with spinner Harbhajan Singh and tennis veteran Leander Paes.