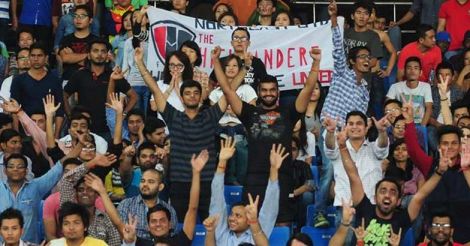 FIFA President Sepp Blatter once described Indian football as a sleeping giant. The giant has finally woken up, prompted by the cheering galleries of Indian Super League.

Some of the schemes the teams have planned for the development of football in their cities raise hopes. Most teams have started a talent hunt to find future superstars from India.

The teams will soon start football academies in their home cities and bring in the players to train their successors. Team managers were united in declaring that they would find players for the upcoming seasons from their own academies.

Kerala Blasters Football Academy has officially been announced but the practice sessions are not in full swing yet. The training will spread to the entire state from the initial camps in and around Kochi. The team intends to train around 1,20,000 youngsters.

Meanwhile, Delhi Dynamos have started Junior Dynamos to groom young talent. The team conducted training camps for 2,500 students from 100 schools in Delhi. It will now provide further training to 30 students from the lot.

The managers hope to contribute at least two players to the under-17 football World Cup to be held in India in 2017.

The Football Sports Development Limited, led by Nita Ambani, has started Young Champs in Mumbai to build a base for football development. All eight teams of the ISL will join the initiative, which is planned across the teams’ home cities as well as in Bengaluru, Nagpur and Jharkhand. Around one lakh footballs will be distributed as part of the programme, which aims to reach half a crore children.